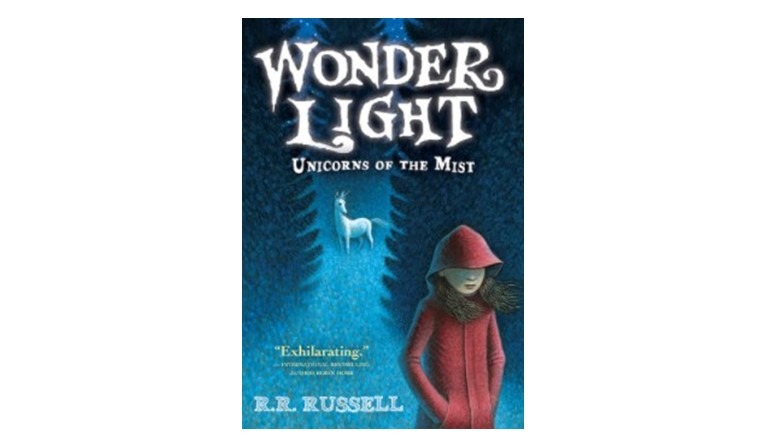 What book reader is not a fan of the mystery genre, of the kind of books that make you keep turning over page after page to get to the bottom of what is happening in the plot? And kids love mystery books more than anyone else since these books stimulate their natural curiosity and love for discovery and take them on a journey full of suspense, thrill, and adventure, and all while they are sitting in their living rooms.

If your little one has a fondness for reading and mystery stories, go through our list of top 10 mystery books to find something they will love reading!

Product
Visual
Where to Buy
The London Eye Mystery

The Case of the Doughy Creature (Scooby-Doo! and You, A Collect the Clues Mystery)

The London Eye Mystery is a book about a sister and brother, Ted and Kat, who try to solve the mystery of the disappearance of their cousin, Salim. Salim gets aboard the London Eye, a Ferris wheel, in front of his cousins. Only when all the passengers get off Salim is nowhere to be seen. This book is a thrilling tale of solving clues, facing problems, and never giving up.

It has been written by Siobhan Dowd, who was a British writer and activist. Her works have been nominated for several awards. The book The London Eye Mystery has won four awards, including the Dolly Gray Children’s Literature Award.

Recommended for kids aged ten and older, The Cemetery Sleeper is a mystery and horror book centered around the ten-year-old boy Freddy. Freddy moves to his aunt’s mansion in the small town of Mabry. When he finds himself sleepwalking to the nearby cemetery and being visited by a ghost Tump in his dreams, he realizes he only has a little time to unveil the cause of Tump’s death before Tump trades places with him. Freddy is aided by his friend Matt and cousin Emily.

The Cemetery Sleeper has an intricate plot that keeps the reader hooked from start to end. Everything in the story adds up at the conclusion, and all loose ends are tied nicely. The author Susan Griner has been published in magazines like Cricket and Babybugand has also authored the book Shy Ways.

3. Scooby-Doo & The Case of the Doughy Creature

Written by Jenny Markas, Scooby-Doo &The Case of the Doughy Creature is a typical Scooby-Doo story. The gang has to solve a mystery in a bakery, where the doughy creature is giving everyone a hard time. Scooby and Shaggy dress up as French chefs and serve as bait to the monster, which helps the gang in solving the mystery. The book is humorous, every character is distinct, and kids will love the story’s silliness.

Jenny Markas has authored numerous books for children and adults. Her Scooby-Doo series is a favorite with both kids and adults.

Glimpse is the first book in the Dean Curse Chronicles. After Dean saves a local man from a beating and is featured in the newspaper, he starts having visions of people dying. The images are horrific, and they soon start becoming true. The plot follows Dean trying to solve the mystery behind his curse, aided by his friends Colin and Lisa. With a paranormal touch, the story is an amazing adventure and mystery that keeps you on your toes throughout.

Glimpse has been authored by Steven Whibley, who grew up reading and loving adventure and detective books. He writes fantasy and adventure books that young children love. The Cambridge Files and 6th Grade Revengers are two such series by him.

Product
Visual
Where to Buy
The Princelings of the East

5. The Princelings of the East

This book has a little bit of everything; guinea pigs, an aspect of science fiction, fantastical elements, adventure, and the mystery of the Energy Drain. In the story, two guinea pigs set out to find the cause behind the unnatural energy drain at the palace and come across many interesting characters in their journey.

The Princelings of the East is the first book in a series of 10 books and has been written by Jemima Pett. Jemima has written numerous books for children. She had been writing for magazines and blogs before she started writing books.

Catscape is set in the quiet neighborhood of Comely Bank and is centered around Fergus and Fraser’s adventures as they try to find the mystery behind the disappearance of cats in their area. But cats aren’t the only thing disappearing; something is up with time, too. The book is well-paced, the characters are realistic, and the mystery keeps the reader glued to the pages.

The author Mike Nicholson has penned down various works for children, including Thistle Sand, Grimm, and Thistle Street.

This book is a mixture of mystery and fantasy. The story is told from the perspective of George, who is a hound. George is full of himself and thinks he must protect his girl, Karly, who is 12 years old and a green witch-in-training. George and Karly find some bones in the jungle one day, and this sets them on solving a mystery, aided by Karly’s aunt. In the process, they discover the magical presence of Hodag.

The book is full of humor, adventure, and mystery. Young readers, as well as adults, will enjoy it. George Knows has won multiple awards. Its author Mindy Mymudes has authored several books for children.

A 13-year-old girl waked up at the hospital after an explosion with no clue of who she is. She is given the name Jane Doe because of her amnesia. After being transported to a juvenile facility, she is being bullied by other teenagers when she discovers she has powers. A woman soon visits her, telling her that she is her mother and her real name is Alexa. Back home, when she discovers her mother talking about putting her in an institution, she contacts a friend and flees with him. On the run, she must learn to control her powers before she hurts someone.

It has been written by Robin Wasserman, who is the bestselling author of 10 novels for young adults. Besides writing fiction for children and adults, her work has also appeared in Tin House, The New York Times, and The Los Angeles Review of Books.

When two brothers Ben and Kieran are sent to their grandparents’ place for the summer holidays, they only envision boredom waiting for them. Yet life takes an unexpected turn, and Ben and Kieran find themselves submerged in uncovering government secrets and finding out surveillance centers underground. They also have to deal with their enemy, Mrs. Gillespie. When they find themselves in real danger, they are rescued by the most unlikely of heroes.

Annaliese Matheron, the author of The Ninja Nan and Sidekick Grandad, has written a complete series featuring Ninja Nan. She has also written the book Wolflore.

10. Wonder Light: Unicorns of the Mist

The story centers around a 12-year-old-girl, Twig, who is sent to an island for troubled girls. At the island, she discovers that a “ghost boy” might haunt the woods. But there are still more mysteries to the island, including the last herd of unicorns. Twig finds herself entrusted with the care of a baby unicorn. And while she unravels the mysteries surrounding the island, she also discovers things about herself.

A sequel, The Unicorn Thief, follows Wonder Light. The author R. R. Russell has also penned down another series for teenagers, called The Venture Books.

Whether your child is a fan of reading or not, they are going to love this list of action-filled, page-turning mystery books that we have compiled for you. And chances are, so will you!