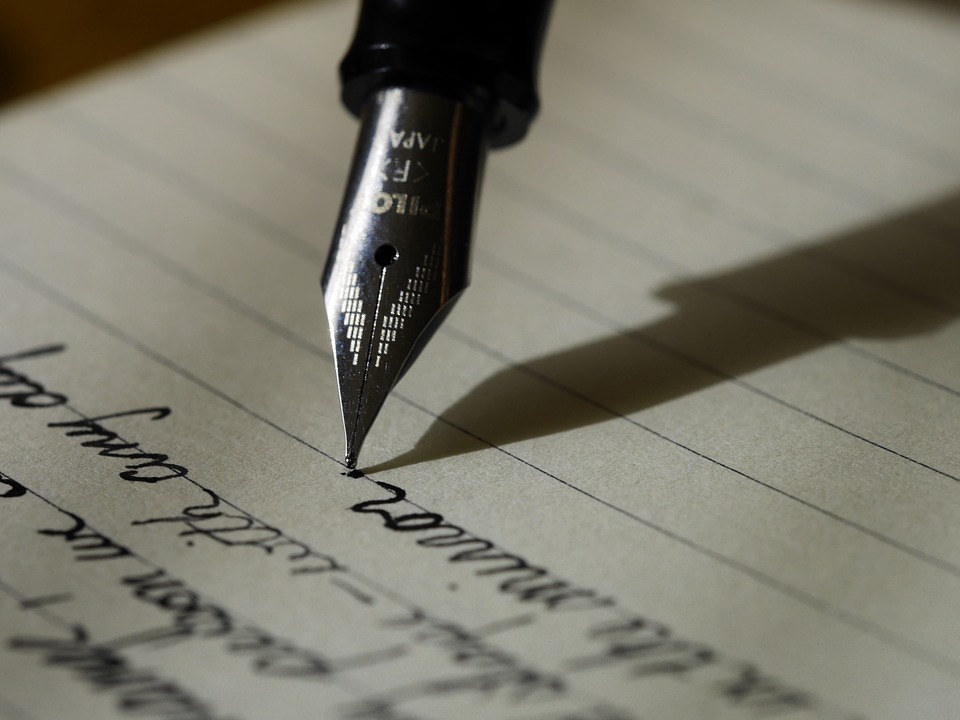 National Novel Writing Month, which is commonly abbreviated as NaNoWriMo, is one of the best non-profit organizations for creative writers. It is popular for its novel writing competition that is held every year in November all across the world. Many young writers from various regions participate online to win the competition.

NaNoWriMo was first initiated by writer Chris Baty with only 21 participants in 1999. This started within a compact area in San Francisco. One of the Baty’s friends helped him to design a website to provide an online platform for participants in 2000. With every passing year, the number of registered writers increased. Gradually, the site got commercial among the localities and even the areas around in a short span. As the event arranged in November rose to its peak of popularity; some publisher companies came along and participated as sponsors and contributed to prizes for the winners. 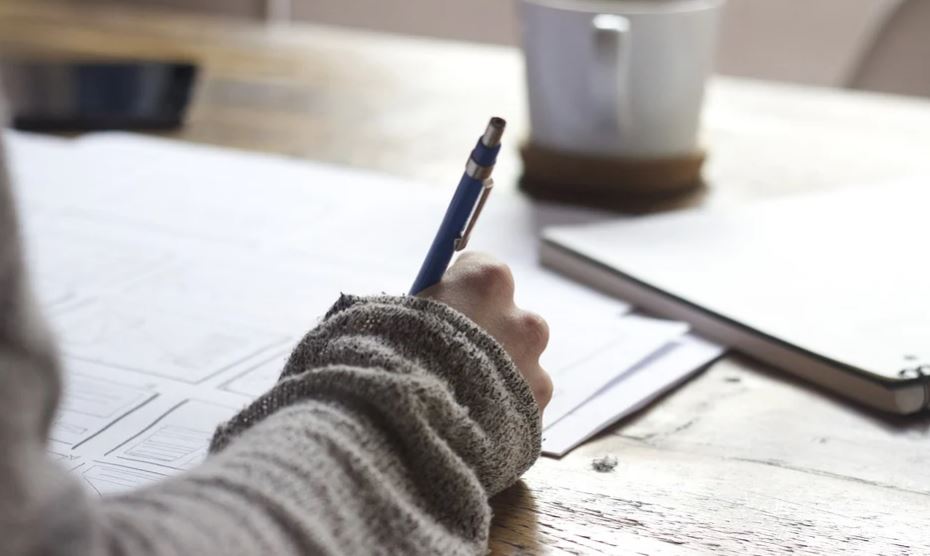 This annual event attracts the writers due to some peculiar reasons. Its primary purpose is simple and yet appealing to young and emerging writers. Novels are normally quite long, and it takes a lot of time, attention, and effort to get them completed. Thus, NoNaWriMo created a way out for idle and inactive writers to motivate them and lifts them up so they can complete their tasks.

The main features and top book recommendations are given below:

NaNoWriMo instructs the authors to write good content, within a given time frame. Competition is consistently an encouragement for the candidates to pour their hearts out through words.

A 30-day limit to write a complete 50,000 words novel is a milestone to achieve. Writers are provided a targeted duration of time to complete their tasks.

NoNaWriMo provides a virtual community and forums for the participants to interact, support, and criticize the contents they are working on. This feature is rightly appreciated.

It motivates to be productive

The set of challenges and guidelines NoNaWriMo gives to their participants are quite interesting. They constitute a source of motivation for them to write with attention and be more productive.

The worthiest part about NaNoWriMo is that there is no fee to register for participating, and it is open for all. No matter, from where you belong and what your financial status is; if you have a laptop and a creative mind then this opportunity is waiting for you!

Anyone who enrolls in the contest and is able to write 50,000 words by November 30 can be a winner.

What Are You Going To Win?

A printed certificate was initially granted to the winners. However,  as it gained popularity; the sponsors moved in and declared prizes in the form of a single paperback proof copy of their manuscripts.
In addition to this, the winners are appreciated on online forums and other platforms as well.

Before moving a head, you can check tips for writing fantasy fiction here.

Most RECOMMENDED BOOKS from NaNoWriMo

1. WATER FOR ELEPHANTS by Sara Gruen, published by Algonquin Books of Chapel Hill

The story revolves around a man, Jacob who is in his early 90s and living in a nursing home. He is experiencing a dull conventional life without a spark of excitement. One of his five kids visits him every Sunday, and that’s all he keeps waiting for. He is overwhelmed by the memories of his past when a circus opens up in front of the nursing home.

Jacob reminisces about the time when he was a part of “the Benzini Brothers Most Spectacular Show on Earth” in his adulthood. He was a son of a veteran and enjoyed an ordinary life until a tragedy knocked at his door. He was almost graduated to become a veteran when his parents died on a road accident. He lacked the will to keep going in life and boarded on a train without confirming its whereabouts. He got to know he belonged to Benzini Brothers Most Spectacular Show on Earth, being circus trained. He made a friend there named Camel that supported him when others wanted to hurl him off the train.

Jacob found his love interest in the same circus crew and was hired as a veteran for the animals of the circus. He became a part of it and finally found the joy that was lost in his life all because of the circus.

2. ANNA AND THE FRENCH KISS by Stephanie Perkins, published by Dutton Juvenile

Anna Oliphant has been persuaded by her father to admit her to the “School of America in Paris”. However, she wants to stay in Atlanta and complete her high school. She has a best friend, Bridgette, who does not want to leave for another place, but destiny entitles her to another city. She lands in Paris and is not cheerful about it. Anna finds her neighbor, Mer (nickname) there who tries to befriend and consoles her. She encounters unfamiliar people there and hangs with Mer’s boyfriend and friend. Anna’s love interest develops there at the School of America in Paris (SOAP, a name used by its students as short form).

A guy named Etienne St. Clair is handsome, blonde with a noticeable English accent. She has a girlfriend mentioned as Ellie. Anna and St. Clair become laboratory partners, and he supports her with French homework. They have meals together and spend quality time with each other. Anna knows he has a girlfriend, but she still wants something more to happen between the two of them. They both realize their bond is getting more than just a friendship. How can they both be together if St. Clair is already involved with someone else?

There is an underground world, hundreds of stories beneath the surface of Earth.

This book is based on post-apocalyptic events. The atmosphere of the Earth becomes toxic for the humans to survive, so they find a shelter somewhere deep down the surface. They inhabit a complete world of their own there. It was considered a crime to express an intention of going back to the Earth and get free. They have settled IT departments to make them aware of external sensors, like what is going into the outside world. They keep believing the Earth is toxic and is inflated with gases that can take their lives.
Anyone who says they believe Earth would be fine now and we should try to get out of this underground city – Silo; they would dispatch him out to clean the external sensors. And they ultimately die to never return.

A sheriff holds the lead of the city and guides everyone. He had a wife three years ago, who believed that Earth is livable again so she goes out to clean the sensors and never returns. Sheriff, one day commits the same crime of wishing to go out,n hope of seeing his wife, he is sent to clean the external sensors, and there he realizes that maybe Earth has become a fit place to live again. He starts thinking the IT departments were maybe faking it all this while that Earth still maintains a toxic environment. But as soon as his suit tank gas cuts off, he realizes that the helmet was saving him from the external environment. The toxicity in the air takes his life away right at the moment. Now, the Silo is looking for another sheriff to handle their city. Is the new Sheriff credible?

Plot
There is a girl named Cath, an introvert with a small friends circle and social anxiety issues, who is admitted as a freshman at the University of Nebraska-Lincoln. She has a twin sister, Wren who remains an opposite character, out-going and extrovert. Wren prefers to stay out and hang with friends while Cath being shy stays home and writes fan-fictions about the fiction Simon Snow series. Cath joins a writing session based on her interests and makes a friend there, named Levi. Her roommates help her with her social intolerance. Her journey to cope up with being an introvert goes on. Meanwhile, her father experiences a bipolar episode that makes her skip her final exam and give up on her studies. What is she going to do now?

Product
Visual
Where to Buy
ANNA AND THE FRENCH KISS by Stephanie Perkins, published by Dutton Juvenile

NaNoWriMo has been an excellent talent-promoting campaign for writers which cause them to write freely. It has received recognition from around the globe for its unique and appealing concept. The most outstanding books from the competition are published every year.

In short, if you are a young and creative writer whose brain is filled with ideas but with has no motivation to pen them down, then this event is for you. You can participate and elevate your spirits, ultimately compose an excellent novel and get it published.
NaNoWriMo is on its way to bring more and more wonderful writers every year under the spotlight. Do you want to be the next winner?