Dystopian fiction is one of the most popular genres of literature. This genre is beloved to millions around the globe, whether it is in the form of books, movies, or video games. It has allowed authors to imagine worlds quite different from ours. Through dystopian literature, we have been warned of the evils found in our society and the dangers we face.

In a way, dystopian fiction allows us to get a glimpse of a possible future. This genre of literature has many unique features and qualities that make it so popular. But what is dystopian fiction? What makes it so unique and significant? To answer these questions, we will first have to discuss what a utopia and a dystopia are.

What Are A Utopia and Dystopia?

A utopia is a term used to describe an ideal world in terms of laws, politics, customs, etc. A utopia represents a perfect system, but it does not necessarily mean that the people are also perfect.

Sir Thomas More coined the term “utopia” in 1516 from a Greek word. Utopia literary means “no place,” implying that no such perfect world can actually exist. Utopian literature is an important genre of literature.

Although the concept of a utopia predates the term “utopia.” Individuals throughout history have tried to envision a perfect world that is devoid of fear, oppressiveness, and any evil of the real world. It shows us a good form of future for humanity.

A dystopia, on the other hand, is the opposite of a utopia. It is an imaginary world where tyranny and oppression are widespread. Freedom is extremely limited, and free-thinking is discouraged. If a utopia represents the good qualities of society to the maximum, then a dystopia represents all the evil that society, politics, and humans can bring.

It is a world that exaggerates the worst characteristics of politics and society. In simple words, a dystopia represents the worst form of future for humanity.

What is Dystopian Fiction?

Dystopian fiction arose as a response to utopian fiction. It is a type of speculative fiction in which the author imagines a world where the worst aspects of society are magnified. Dystopian fiction tries to tackle real-world problems using analogies.

It seeks to show the disastrous consequences of human actions, ideals, and politics by exaggerating their negative aspects. This way, it brings to light the evils of the real world, such as totalitarianism, destruction of nature, war, social control, etc.

Dystopian literature usually showcases at least one reason responsible for the world turning into a dystopia. It gives us new perspectives by criticizing the social and political norms in our society. 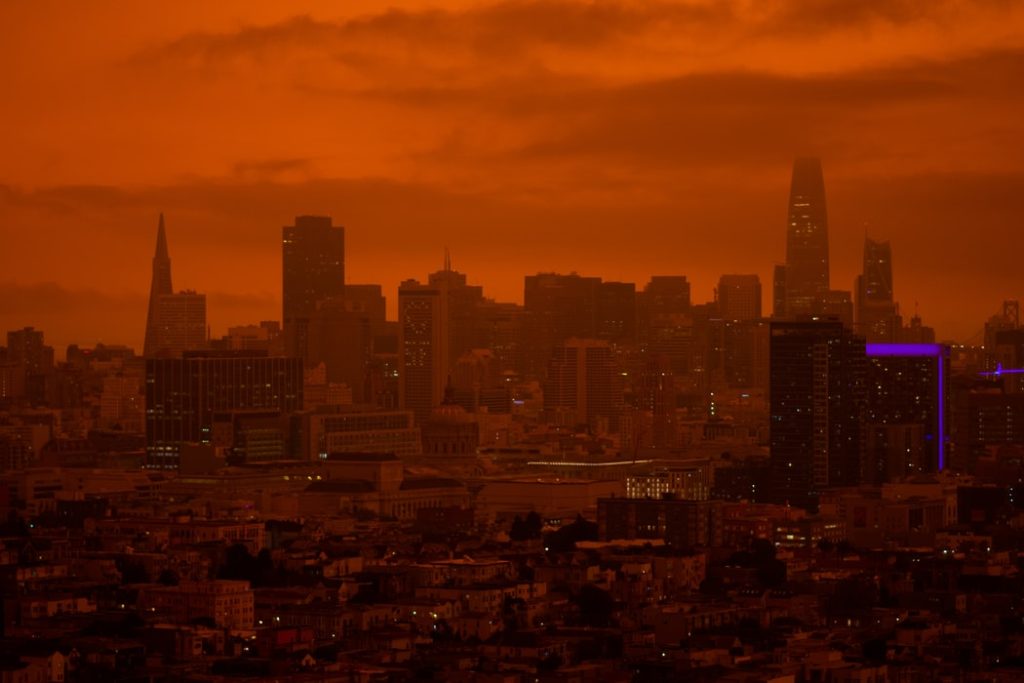 The central themes of dystopian literature usually are:

Dystopian literature usually showcases a society to the readers where the population is controlled, usually by a government, corporation, religious group, or even by technology, such as robots or computers. This control is achieved through the use of propaganda, fear, division, etc.

The control could be known to the people, but it is also possible that society does not even know they are being controlled, thanks to the illusion of freedom. Totalitarianism is an important theme in many works of dystopian literature. Examples of totalitarianism in dystopian literature include “The Hunger Games” by Suzanne Collins and “Nineteen Eighty-Four” by George Orwell.

Violence in dystopian fiction can be in many forms, i.e., blood sports, wars, crimes, etc. Often in these dystopias, violence is considered a norm. Many reasons are given to the people to justify the existence of this violence, and sometimes it is even portrayed as a necessity.

Examples of violence being a theme in dystopian literature are “Divergent” by Veronica Roth and “Battle Royale” by Koushun Takami.

Novels such as “Lord of the Flies” and “The Running Man” are perfect examples of survival as a theme in dystopian fiction. Survival in dystopian fiction is often used to show the negative aspects of human nature, and the lengths humans will go to survive.

Loss of personal identity can be a devastating thing. This theme mostly focuses on a dystopia where the inhabitants are robbed of personal identity. They are forced to conform to the norms of that society, and deviating from these norms is discouraged. This conformity is often enforced through controlling and surveilling every aspect of the inhabitant’s lives continuously.

Freedom and creativity are discouraged, and the needs of society take precedence over the needs of the individual. Literary works such as George Orwell’s “Nineteen Eighty-Four,” “Fahrenheit 451” by Ray Bradbury, and “We” by Yevgeny Zamyatin showcase a dystopia where people are robbed of their personal identity.

Dystopian literature like these showcases the dangers behind blind conformity.

Dystopian fiction often sets a story in a world where the environment is being destroyed or already has been destroyed, leaving humanity to suffer from the consequences. Good examples of such dystopian literature are “The Maze Runner” by James Dashner and “The Road” by Cormac McCarthy.

The illusion of a Utopia

The illusion of a utopia is one of the most important themes in dystopian fiction. Dystopian worlds often seem like utopias to the inhabitants of that world. Ignorance and conformity allow governments or corporations to paint this picture of a false utopia. They are led to think of a dystopia as a utopia through the use of propaganda, misinformation, surveillance, incitement of fear, etc.

Many fictional dystopias showcase worlds where people are led to fear the natural world. Nature is avoided and shunned as fear of nature is provoked among the population. Literary works such as “The Pedestrian” by C. S. Lewis are an example of such dystopias.

Technology is often represented as a force for evil in dystopian fiction. The negative effects it can have on our lives and nature, and its unforeseen devastating effects in the future are popular themes of dystopian literature.

In novels such as “Feed” by M. T. Anderson, technology is sometimes shown to control humans. 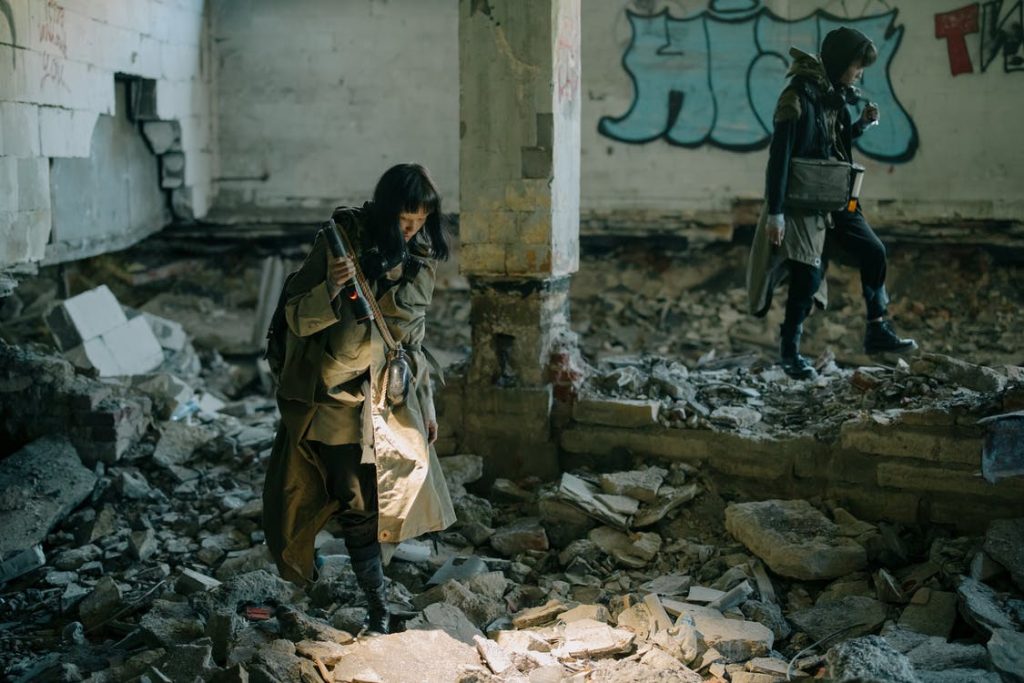 Dystopian fiction explores and criticizes society and politics. It explores complex topics, such as oppression and government control. In addition to that, it points out the dangers of our political and social structures by showing us a world where the negative aspects of these institutions have been allowed to thrive.

Dystopian literature questions the norms of society and, by doing so, can change the reader’s views. It can prompt us to take action against things that threaten our existence and freedom.

Although it can be very imaginative, dystopian literature still educates the reader and allows them to critically evaluate the real world. After all, many dystopias are created by exaggerating the evils present in our own society.

Dystopian fiction also functions as a constant warning that we must deal with the existential crisis presented to us today if we are to avoid turning our world into a dystopia. Nuclear war, over-population, climate change, etc., are some of the many threats to humanity that dystopian fiction warns us about.

Dystopian fiction is an important genre that allows us to speculate what the world can become if the evils present in our society are allowed to thrive. It works as a warning and a source of knowledge. Dystopian literature is no doubt as important as utopian literature. One warns us of the dangers we face, while the other gives us hope for the future.