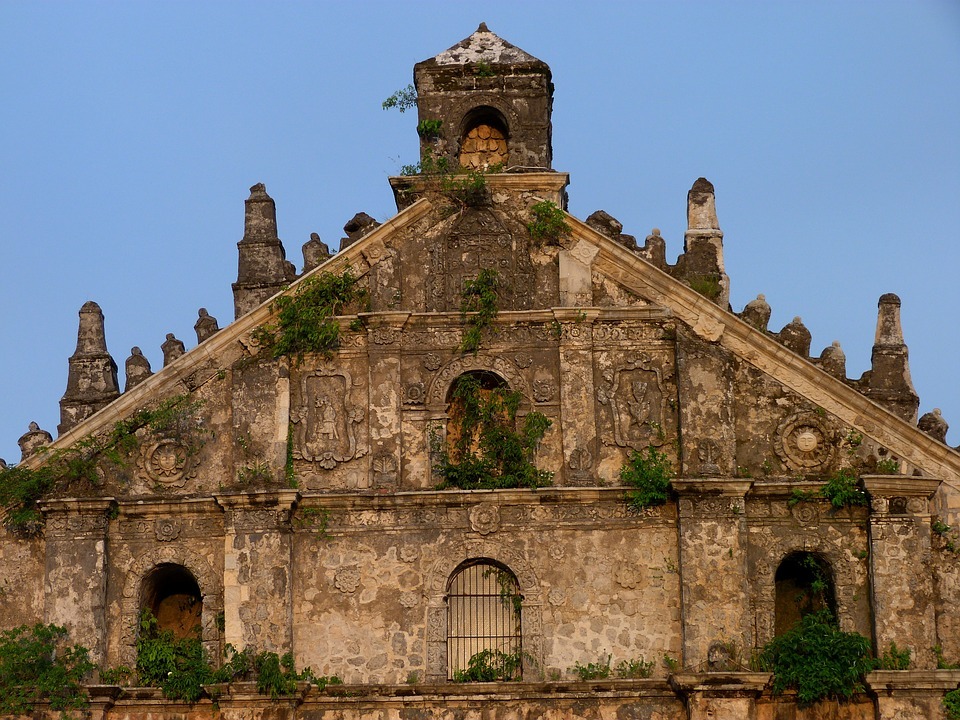 The Philippines is home to multiple tourist attractions. From beach resorts to nature reserves, hiking trails, and heritage sites, you will never run out of captivating places to visit in the Philippines.

There are tourist hotspots perfect for soul searching and posting on your social media feed. Meanwhile, some places are spine-chilling and ideal for paranormal investigation enthusiasts. Read on these seven famous haunted places in the Philippines that you might want to visit next time.

Sitting atop Dominican Hill in Baguio City, the Diplomat Hotel was built in the 1910s as a vacation respite for Dominican priests. It was then known as the Dominican Hill Retreat House. It witnessed the macabre of the Second World War. In the 1970s, the hotel was remodeled, rebranded into the Diplomat Hotel, and reopened to the public. But after the death of its owner in 1987, the hotel ceased its operations and was abandoned. The now-dilapidated hotel has been looted and has suffered damages from the 1990 earthquake of Baguio City.

Nowadays, the hotel remains a popular spot for tourism, photography, film making, and ghost hunting. Due to the hotel’s location in one of the bloodiest sites during World War II, a handful of visitors have reported seeing apparitions in the hotel. It is reported that the restless spirits of nuns and decapitated priests roam the building, and sounds of children are said to be heard from the courtyard fountain. Ghost boxes and spirit boxes and a great way to promote communication in both directions with a potentially intelligent entity. A ghost box utilizes various environmental queues through software to give the spirits a voice while a spirit box emits raw radio frequencies.

Also known as the Negrense House, this ancestral mansion once belonged to Victor F. Gaston, one of the sugarcane cultivation pioneers in the Philippines. The estate was built in 1897 and served as the residence of Victor Gaston and his twelve children from 1901 until his death in 1927. The house was abandoned in the mid-1970s, subsequently leading to its disrepair.

It wasn’t until 1992 when the only heir of the estate donated the Gaston house to the Tourism Infrastructure and Enterprise Zone Authority. The house underwent repair and refurbishing. Today, the house is a museum of the former resident’s memorabilia and a sugarcane mogul’s life. But be wary of the mirrors in the home because you might see apparitions of those who once occupied the house.

Corregidor Island is one of the places to visit if you want to brush up on your Philippine World War II history. Take a ferry boat ride from the Esplanade Seaside Terminal beside the SM Mall of Asia to sail to the historic island. You will be amazed at the almost-intact ruins of the hospital and military base that witnessed the death of many soldiers.

Perhaps the most well-known place in Corregidor is the Malinta Tunnel. The long tunnel served as a bomb shelter for soldiers back then. While the Malinta Tunnel remains a popular spot for tourists, encounters of apparitions, strange noises, and sudden temperature changes have been reported by visitors. Nevertheless, Corregidor remains a favorite getaway place for many.

Named after the abundance of balete trees in its area, Balete Drive is a street in Quezon City located close to Cubao and South Triangle. You can see the street align itself to the junction of EDSA and Quezon Avenue, where ETON Centris is located.

Balete Drive is one of the most famous streets in the Philippines because the area is eerie and a hotspot for urban legends. For one, balete trees in Filipino folklore are a habitat of paranormal beings. But the most haunting tale that shrouds this street is the white lady that appears in the backseat of cars and standing on the sidewalk as motorists pass by. It is advised not to traverse the street at sundown and night unless you want to see the white lady through your rearview mirror.

Pilgrims often go to Mt. Banahaw in Quezon Province to pray, worship, and bask in its sacred spring waters. Beside the holy mountain is the smaller Mt. San Cristobal, also known as the Devil Mountain.

Mt. San Cristobal is said to be the home of supernatural entities such as engkato, kapre, duwende, and diwata. Stories of the mystical mountain usually revolve around hikers experiencing peculiar events during their climb, such as getting lost despite following the trails, losing their minds, and getting taken by the mountain’s entities, never to return home.

The Laperal White House was built in the 1930s as the summer residence of Don Roberto Laperal and his family. Its Victorian-like architecture already gives a spooky ambiance, but its past during World War II continues to haunt the mansion and visitors. The Laperal White House became a torture hub for prisoners of Japanese soldiers. Many women were raped, and spies were taken hostage, tortured, and killed in the house.

In 2007, billionaire Lucio Tan bought the house, although he never lived in the house during his trips to Baguio. The mansion was repaired and refurbished as a tourist attraction in Baguio City. Caretakers report hearing sounds of children playing around the house and seeing a woman donning white walking up and down the stairs and staring out the windows.

Housed within Intramuros, Fort Santiago served as a jail during the Spanish colonial era and the Japanese Occupation of World War II. The fortress receives many visitors a year, but it is said to be one of the most haunted places in the City of Manila. Like in the past, Fort Santiago remains a prison for restless souls who have been tortured and have died in the fort. Even visitors and caretakers say that they have seen apparitions and heard murmurs while walking in the dungeons, halls, and courtyards.

These are just seven of the famous haunted places in the Philippines. While most of these are still open to tourists, take great caution when entering the premises. You’ll never know what you’ll encounter on your ghost-hunting trip.