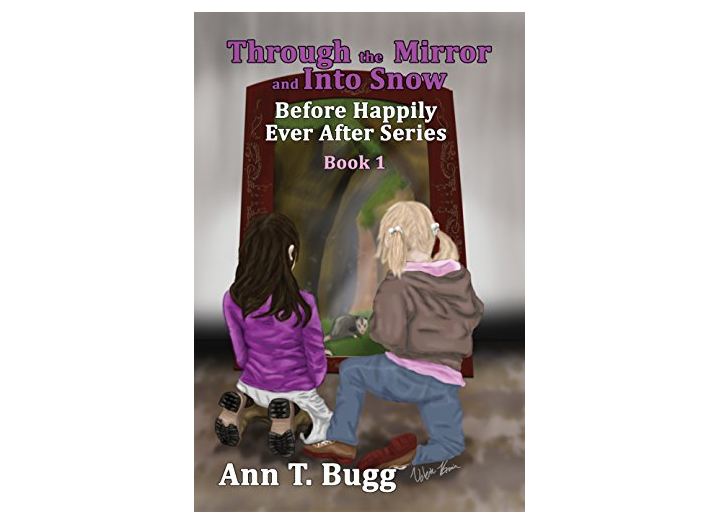 If you have teenagers who love reading, you must know that it is not easy to choose the right kind of books for them. The books need to be suitable for their age while also stimulate their curiosity and motivate them to read till the end of the book. Worry not, because we have compiled a list of 10 books that your teenagers are sure to love.

Before Happily Ever After (8 book series)

The Smart Girl's Guide to God, Guys, and the Galaxy: Save the Drama! and 100 Other Practical Tips for Teens

The Ruins of Gorlan (The Ranger's Apprentice, Book 1)

1. Through the Mirror and Into Snow

Through the Mirror and Into Snow is a modern-day take on classical fairytales. Two friends, Valerie and Samantha, discover a magic mirror that transports them to the world of classical princesses. The girls use their knowledge of fairytales to help three princesses, Snow White, Aurora, and Cinderella. The book uses the plots of very familiar stories and intertwines them with two modern-day girls’ lives to bring readers an enthralling fantasy adventure.

Written by Ann T. Bugg, Through the Mirror and Into Snow is the first book in a series of 8 books titled Before Happily Ever After.

2. Heaven and Hound: Rise of the Alpha

Heaven and Hound: Rise of the Alpha makes for a quick, humorous read for young teens. It has a detailed and original plot, and the story is told from multiple perspectives. Barny is a typical teenager in high school with an enormous fear of dogs. When a viral video and twisted facts cause him to lose his job, the only job open to him is training Mr. Lucius’s cursed hounds. Mr. Lucius is a demigod who is in an ancient feud with his sister Gaybreeal. When the hounds choose Barny as their Alpha, he becomes part of this feud.

L.J. Clarkson is the author of this middle-grade book. She has also authored the Mastermind series and the Fireborn trilogy.

Written by C.S. Einfeld, Neverdark centers around a faerie princess Fiera. Fiera lives in the Southnet kingdom of a great oak tree. There are four kingdoms in Doru, the magical world of faeries situated in the oak tree. Lord Darkwater is intent on marrying Fiera and taking over the whole of Doru. Fiera is a young, energetic, and strong princess who sets on a mission to defeat Darkwater by taking help from Old Mother Oak Tree.

The book is a fantastic mix of adventure, thrill, and fantasy. Beneath the childish themes, issues of real-world importance such as capitalism and environmentalism are being discussed. Neverdarkhas been illustrated by the author’s husband, Aaron Einfeld.

Ragesong: Awakening is set in the magical world of Fermicia, which is linked to the earth via a portal. The cast of characters includes both humans and magical beings, and the story is thrilling and full of suspense. Jake and Samantha are two humans on earth who have to travel through the portal into Fermicia and help the young King Kyle protect his kingdom from the tyrannical Brael. Young teenagers will love this action-packed fantastical book.

Awakening is the first book in a series of five. Its author is J.R. Simmons, who has also authored Madness Behind the Throne and Lo, How a Rose: The Nativity Story.

The book sees a young girl exploring relationships with family and friends. Charlie has to deal with family conflicts when old secrets are revealed. Her vivid dreams lead her to uncover some secrets that ultimately help her heal old wounds. At the same time, she experiences new feelings and finds that the dynamics of her friendships are changing. The book is a delightful read and is recommended for early teenage girls.

The author of the book is Rebecca Emin. When Dreams Come True is Emin’s second novel. She has also authored New Beginnings and has written several short stories as well.

Authored by Neal Shusterman, Unwind is the first book in the Unwind Dystologyseries. It is recommended for children aged 12 to 17 and is set in a dystopian world where, after a Civil War over the Pro-Life vs. Pro-Choice argument, the two sides come to a disturbing agreement. According to law, abortion is illegal. However, parents have the right to get rid of unwanted children through a process called “unwinding.” Any child between the age of 12 and 18 might be disposed of by transplanting all their organs into people who need them. According to people, this ensures that the child lives on through others and is not really dead.

Unwinding has become a standard procedure in society to get rid of unwanted or troublesome kids. The story follows three teens, Connor, Risa, and Lev, who have been designated for unwinding as they try to flee the government and save their lives.

7. The Smart Girl’s Guide to God, Guys, and the Galaxy

The Smart Girl’s Guide to God, Guys, and the Galaxy is an ideal book for young, Christian girls. It has 101 chapters, each containing sane and practical advice, thought-provoking questions, and quotes from the Bible. The book is written in a conversational style, which will be well-received by young girls. Girls aged 10 to 18 can benefit tremendously from the advice given in this book.

The book has been authored by Kristin Weber and Susie Shellenberger. Both are authors for teenagers, with Shellenberger also having been a pastor at some point in her life.

The story is set in a fantastical world where all the grownups vanish one day. Two siblings, Logan and Mindy, wake up in a parallel world one day with some of their friends around. After they battle a giant, monstrous spider, they find themselves pulled into a virtual world. The book is recommended for teens; it is a thrilling science fiction that will keep readers hooked to its pages until the very end.

The author L.A. Miller has written several novels and short stories for kids and teenagers. His background in astronomy, technology, science fiction, and classic literature allows him to write books that kids absolutely love.

9. The Ruins of Gorlan

Part of an 11-book series titled the Ranger’s Apprentice, The Ruins of Gorlan is a coming-of-age book set in a fantasy world. The main character Will is an orphan boy who has to deal with issues like bullying, insecurities, and fear before he can become who he was always meant to be. As Will is taken into apprenticeship by rangers, Morgarath is preparing his forces to attack the kingdom.

The book will be loved by fans of Lord of the Rings and the Eragon series. John Flanagan has authored the Ruins of Gorlan.

A fantastical adventure, Faery Swap is a fast-paced story that makes use of Celtic folklore. When Finn and his sister move to England with their dad, Finn’s biggest concern is how emotionally distant his father is. However, soon Finn’s life turns upside down when a faerie prince Zaneyr tricks him and swaps places with him. Finn is now a bodiless soul in a faerie world, desperate to find his way back to earth. However, soon Finn finds out information that forces him to work with Zaneyr to save the world.

Susan Kaye Quinn, the author of Faery Swap, is a best-selling author of science fiction, young adult, romance, and future-noir genres. Faery Swap is the only middle-grade fantasy book she has written.

The ten books listed above cover different genres, such as fantasy, adventure, thriller, and dystopia. Young teens are sure to be ecstatic to get their hands on these action-packed, page-turning picks.