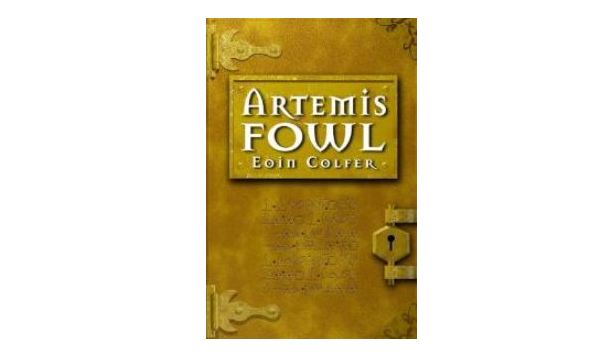 Artemis Fowl is a book series published by Irish author Eoin Colfer. It received substantial critical acclaim and is incredibly popular around the world. The series has eight books. They are Artemis Fowl, The Arctic Incident, The Eternity Code, The Opal Deception, The Lost Colony, The Time Paradox, The Atlantis Complex, and The Last Guardian. The first book was published in 2001, and the last book was published in 2012. Colfer is producing a spin-off series following Artemis’ younger twin brothers, Myles and Beckett. Only the first book is published, The Fowl Twins coming out in 2019. The second book is set to release in October 2020. Below, you will find information regarding Artemis Fowl’s setting, magic, races, author, general plot, and its reception and popularity.

Artemis Fowl has an alternate earth setting. Essentially, this means that earth, its culture, history, and people, are all relatively like our more mundane earth. Typically, in these scenarios, a diverging point in history is either identified or at least referenced in the books. This point marks where the supernatural begins to affect the once normal earth. Alternately, these types of settings can simply be different from the beginning, earth’s history, or culture having developed relatively the same, just with a few extranormal additions.

Artemis Fowl is the latter of these two. Earth in this story has followed roughly the same path that ours has followed, with a few significant differences. The biggest is the presence of the different magical races and of magic itself. They call themselves ‘The People’, referencing every species other than humans with this moniker. The series follows a ‘hidden world’ narrative where the larger human population is unaware of any supernatural existence. Due to the presence of the supernatural, hidden supernatural cities dot the globe. Collectively, these places are known as the Lower Elements.

Magic in Artemis Fowl follows some of the rules fairies of myth have to follow. Namely, fairies, or in this case, the supernatural beings present in Artemis Fowl, cannot enter a human dwelling. If they do, their magic will eventually lose most, if not all, of their magical ability. This rule did not always exist but was implemented an unknown number of years ago.

Healing, shielding, language translation, and mesmerizing are some of the most commonly used applications. Some fairies use other types of magic more frequently. Truly powerful magic in Artemis Fowl requires rituals to do. Several Warlocks will gather, and through special processes, influence the world around them in grand ways. One of the most significant applications of magic is a ritual to influence time.

Magic, when used, manifests as sparks around the user. Within some races, particularly elves, the color of magic changes as they age. Blue indicates a young magic-user, while amber indicates an older fairy. It is unknown whether there are other colors in the aging process. Demons, the most powerful magic users, have red magic.

When a fairy’s magic runs out, they must perform a ritual to fill their capacity back up. Simply dubbed ‘The Ritual,’ a fairy must take an acorn from an ancient oak tree planted near a riverbend and bury it in another spot. They then must say ‘I return you to the earth and claim the gift that is my right.” The Fairy’s magical reserves are then fully restored, and the Fairy is at their most powerful for a short while. As they use their magical reserves up, they gradually grow weaker, until they must do the Ritual once more.

In Artemis Fowl, there are eight magical races. Each has its quirks and characteristics associated with it. Collectively, they are known as Fairies.

Elves are small, humanoid fairies. They stand about three feet in height and have pointed ears and tanned skin. Other than these few features, they mostly resemble humans. They love to fly and take nearly any opportunity to do so. Elves have the natural ability to speak any language without practice, called the gift of tongues. They are also skilled healers, can conjure shields, turn invisible, and do a few other minor feats of magic. They are among the most numerous of fairies.

Dwarves are another largely humanoid species of Fairy. These dwarves have a few unconventional abilities that set them apart from their more-traditional counterparts. They can unhinge their jaws and consume a tremendous amount of earth exceptionally quickly. Once consumed, they can extract metals from the dirt and excrete the remains. They sometimes use these remains as a method of defense or as a weapon. Their spit glows in the dark and hardens once it leaves their bodies. It also acts as a sedative and can be used to ward off evil spirits. If plucked, their hair undergoes rigor mortis and can be used to detect vibrations when still attached to the dwarf. Dwarves also have incredibly powerful flatulence, enough even to knock out trolls. Yes, you read that correctly. Dwarves have the gift of tongues, like the elves, and are extremely sensitive to sunlight.

Despite common tropes, goblins in Artemis Fowl are not barbaric, churlish fiends, but merely another species of Fairy. They resemble bipedal lizards or raptor-like creatures. They are not very smart compared to the other Fairy species but still have a lot of higher brain functionality. Goblins have the unique magical ability to conjure fire with ease, even breathing it out of their nostrils occasionally.

Not much is said about gnomes in Artemis Fowl. They are present in every book, but details regarding their race are rather sparse. They are roughly two feet tall. Often they are viewed as a little stupid and very argumentative.

Pixies are small, slight, innocent creatures. They love to play tricks and pranks on others, though they are mostly harmless. Once fully grown, Pixies are about the same height as a young child, though they have disproportionally big heads. The other races love Pixies and spend time with them when they feel down due to their near-universal sunny dispositions. Pixies have the gift of tongues.

Sprites are very similar to the elves. The main differences between the two are that Sprites have green skin and wings. Many of the males are flirts and go around talking to any woman who will listen. Sprites love to fly and do it consistently. Their wings are a huge weakness, the main blood vessels for their body running through them. Sprites have the fastest reflexes out of all the fairies, allowing them to keep their wings out of danger.

Gremlins are rarely mentioned in Artemis Fowl. Little is known about them, even within the graphic novels or spin-offs.

Little is known about the demons until the later books. Demons are born as imps, small, grey-skinned creatures that somewhat resemble elves. If an imp achieves a certain amount of bloodlust, they will transform into their adult form. This process, called warping, turns them into much larger creatures with horns, tails, armored skin, and extreme physical strength. Any magic they had as an imp vanishes. Demon Warlocks will never warp, keeping their imp appearance their whole life. This deficiency is made up for through their surpassing power. Demon Warlocks are the most powerful magic users in the world.

Artemis Fowl follows the life of Artemis, a young scion of one of the most prominent, successful crime families in the world. Artemis is a genius, well ahead of most everybody else his age, and even those older than him. He is conniving, a schemer through and through. He starts the series off as a bad person, isolated and lonely as well. This part of him begins to change when he kidnaps Holly Short, an elven police captain, and holds her for ransom.

Artemis is eventually drawn into the wider supernatural world. He comes to help Holly several times, and they become good friends, despite the rocky beginning to their relationship. He aids in solving problems of many types and changes his ways to become more of an anti-hero than a true villain. The books follow his adventures and his growth as a person.

Artemis Fowl is popular around the world. It sold millions of copies worldwide and is translated into dozens of languages. Colfer is also writing a spin-off series following Artemis’ two twin younger brothers and their adventures.

The series received a film adaptation in June 2020. The film released on Disney+ and not in theaters due to the Covid-19 pandemic. The film received decent reviews, some criticism put towards Butler’s casting, one of the most beloved characters of the series. This film finally arrived after decades of hopeful whispers regarding its production.