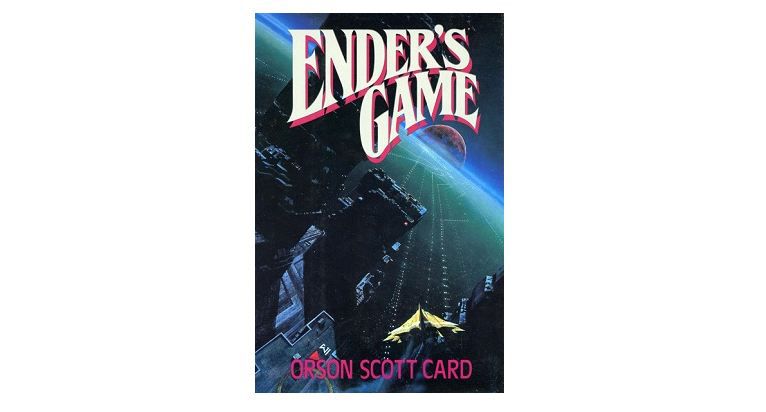 Ender’s Game is a book by Orson Scott Card. Published in January 1985, the military science fiction novel was popular around the world. Card released a second edition of Ender’s Game in 1991, updating the book with several key historical events that had occurred since its publication. Namely, Card addressed the end of the Cold War and the dissolution of the Soviet Union.

While Ender’s Game could be a standalone book, Card expounded on characters and storylines presented in the first book. Card wrote four more books, Speaker for the Dead, Xenocide, Children of the Mind, and Ender in Exile. Card also wrote a few other books following other characters in the story, deviating from Ender’s perspective. Below, you will find information on the book’s setting, technology, characters, Card’s bio, general plotline, and the book’s reception and popularity.

Ender’s Game takes place in an alternate earth setting. Essentially, this means that the world’s history, culture, and people are almost entirely identical to our Earth. Many science fiction and fantasy stories tend to have some point in history where what we know diverges from what happens in the story. In Ender’s Game, the Earth’s history is the same. The story begins at an unspecified point in humanity’s future.

Technology has advanced to the point that interstellar travel is slowly becoming a reality. Interplanetary travel is also possible, with several bases on alien planets established. In humanity’s exploration, they encountered an alien race they named the Formics. Due to a lack of communication, xenophobia, and several mistakes, war is declared.

The Formics and humans went to war twice; each time, humanity barely managed to fend them off. In preparation for a third war, Earth’s leading figures sent a massive fleet towards the Formic homeworld to end the threat to their home once and for all. The world is geared for war, all production and technology bent towards keeping the Earth safe. Great academies for future officers are established. Population limits are put into place, permits for each child necessary before pregnancy. It is in this desperate setting that Orson tells Ender’s Game.

The technology in Ender’s Game is surprisingly realistic, especially when compared to other science fiction series. In other stories like this one, technology has advanced to being near-magical. In Ender’s Game, no miraculous feats of nanotechnology or warp travel occur. Card took the time to think about where humanity’s progress could realistically go to in the distant future.

Some of the most advanced technology present in Ender’s Game comes from the Formic’s. The Formic’s are a much older race than humanity, particularly when it comes to space travel. One of the more powerful innovations taken from the Formic’s technology is the ability to manipulate gravity. In space, gravity is almost nonexistent. Operation weapons, flying ships, or, in Ender’s case, training at an academy in space is made much easier when artificial gravity comes into play.

Another incredibly useful piece of technology is the ansible. Ansibles render communication limitations moot. Those who use them can communicate with anyone, regardless of distance. The communication is instantaneous, even across solar systems. This level of communication is a massive advantage in the war against the Formics, allowing for instant strategical change and tactical maneuvers, all directed from several star systems away.

Easily the most destructive piece of technology in Ender’s Game is the Molecular Disruption Device. The device’s purpose is to destroy any piece of matter it came into contact with – even entire worlds. The machine worked off manipulating the force between atoms. When fired, two beams of energy would lance forth. When they hit their target, the two beams create a field in which electrons cannot be shared. Even high school-level physics classes teach that matter will not stay bound together without the ability to share electrons. The field would strengthen upon hitting matter, feeding off the energy released from the atoms falling apart. The farther away the field gets from matter, the weaker it becomes until it dissipates entirely. Upon hitting new matter, the field strengthens. The effect compounds, the field becoming stronger and stronger until no more matter can be reached. When fired at a planet, it is reduced to nothing more than floating chunks of iron and dirt.

Andrew Wiggin, better known as Ender, is the third child of Theresa and John Paul Wiggin. His birth is a rarity. Population control put into place around the world making him one of the few third children alive. Ender gained his nickname from his sister, Valentine, who could not pronounce his name when she was younger. Ender’s parents were allowed to conceive Ender due to the incredible intellect and strategic aptitude their two older children, Valentine and Peter, displayed. Ender was to be a combination of his siblings. He needed to have half the compassion that Valentine possessed, and half as ruthless as Peter.

Ender is a very calm, logical person. He is humble, despite his considerable intellect and accomplishments in life. Ender is very pragmatic, looking to accomplish his tasks in an efficient, intelligent manner. He is somewhat ruthless as well. Every time he fights, he aims to win every single fight, the ones in the future, not just the one he is struggling with at the moment.

Mazer Rackham is a war hero. He is responsible for turning back the Formics during their second invasion. He did so by recognizing patterns in which the Formics flew, identifying a center area around which they swarmed. He attacked that point, destroying a ship there and killing a Hive Queen, who controlled the entire invasion. With the death of their Queen, the Formics retreated, making Rackham a hero. Rackham is responsible for training Ender as a commander once he proved himself worthy of the training.

Mazer gave his life to the military. He served in both wars against the Formics. Initially, he was dutiful to both his fellow soldiers and his commanders, even when they made questionable decisions. But as he ages, he grows colder and more ruthless. His morality begins to fade. He does whatever it takes to whip young children into soldiers and commanders. Mazer has no qualms about lying to Ender and is quite physically rough despite his young age.

Orson Scott Card was born on August 24, 1951, in Richland, Washington. Card was an avid reader from a young age, reading books meant for adults and children alike. He fell in love with science fiction, consuming it voraciously, despite its relative infancy of a genre during that time.

As he aged, his reading preferences expanded dramatically. He devoured books on religion, philosophy, and history with eager abandon. Card read much of Plato, Aristotle, Plutarch, and other philosophers. They inspired him, and their influence appeared in many of his stories in the years to come.

Card attended Brigham Young University, where he eventually came to major in theater. As a Mormon, he had to go on a mission for a year, serving abroad. Card went to Brazil, where he fell in love with the culture and people so much that several cities were the basis for some of his books’ settings. After Card returned to the United States, he graduated and attempted to start a theater company that unfortunately failed.

After this failure, Card took up writing. His passion for science fiction remained undiminished over the years. He pursued this passion and wrote Ender’s Game. The novel was purchased by Analog Science Fiction and Fact and was published in 1977. From there, his writing career took off. He began to write full time and eventually pursued a doctorate.

Ender’s Game follows the early life of a boy named Ender Wiggin. The Earth is at war with the alien race called the Formics. Twice humanity has beaten back the Formics. In preparation for a third, all the Earth is gearing up for war. A preemptive strike has been launched. A vast fleet, their soldiers in stasis for the long journey, heads for the Formic homeworld.

The leaders of Earth look to train a commander to lead this army. They found an academy in space where young children of surpassing brilliance are sent to train and learn to lead. From these recruits, the military looks for the best of the best. Ender is a part of this program. The book follows his journey as he overcomes obstacles and makes decisions no child as young as he should have to make.

Ender’s Game, and its sequels, were highly critically acclaimed. Ender’s Game and its sequel, Speaker for the Dead, received the Hugo Award and the Nebula Award, two of the highest accolades possible for works of fiction. Card was the first science fiction author to receive both.

The story’s military and moral aspects appealed to the United State’s armies greatly, to the point that the book is on a list of highly recommended pieces of literature for soldiers to read. This recommendation stems from the book’s excellent perspectives and lessons on the military’s purpose during times of war. Other lessons include examples of leadership and methodology in the face of extreme pressure.

In November 2013, a movie about Ender’s Game was released. The movie was well-received and stuck to the plot of the book well. Much of this was due to Card’s insistence that the film be faithful to the story he wrote, not willing to sell the movie’s rights unless this could be guaranteed.