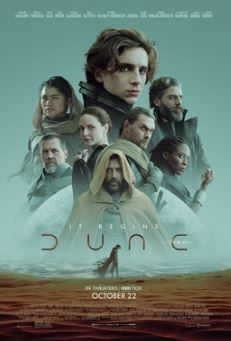 If you are into science fiction, you must be well-aware of the epic series, Dune. It is based on a 1965 novel by American author Frank Herbert. Initially, it was published in the Analog magazine as two separate serials and tied for the Hugo Award in 1966 with Roger Zelazny’s “This Immortal”.

Even though several adaptations of the novel also made it to the cinema but not without complications and difficulties. Considering the hype around the series, it is only right that we dive a bit deeper and see what it is all about. Let’s begin. 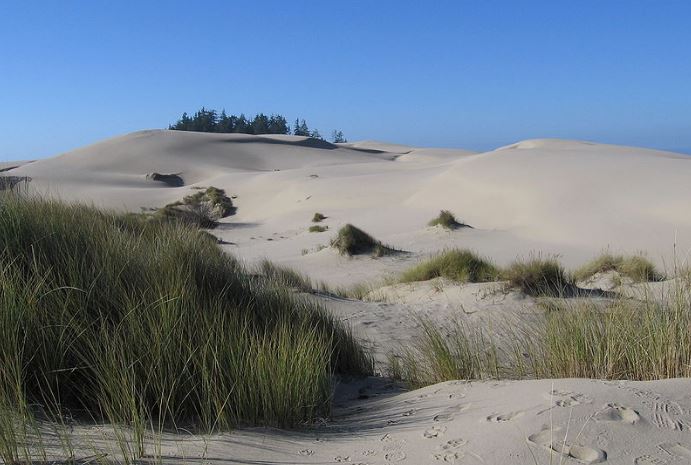 To understand what is the dune series about? It is important that we revisit history and recall how it all came about. As mentioned earlier, the Dune novel was released in a science fiction magazine called Analog. It was an immediate success upon its release. The novel was a direct result of the author’s keen interest in sociology, ecology, and messianic religions.

The novel went on to win the prestigious Hugo Award and Nebula Award for best novel. In addition to Herbert coming up with new sequels, his son followed the tradition following his death. Over the years, several directors have tried to get the film off the ground but weren’t so successful, partly due to extensive edits and expensive budgets.

The first book of the series explains an intergalactic society including powerful noble houses that fight for planetary power, armies, and resources. The House of Atreides takes control of Arrakis, which happens to be the only place for mining a natural resource called Melange.

Later, House Harkonnen betrays rival house Atreides, which results in a battle. The planet is also inhabited by sandworms and Fremen. When Paul, the scion of House Atreides is chosen as a potential messiah to lead the galaxy and planet, an epic war erupts. 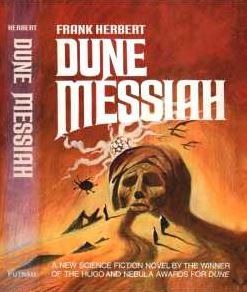 In the first sequel, Paul Atreides also known as Muad’Dib now runs the entire universe and is the most powerful emperor of all time. The people of Arrakis worship him as a messiah but the political houses are not happy with him being the emperor. As a result, they brew up a storm to overthrow him. 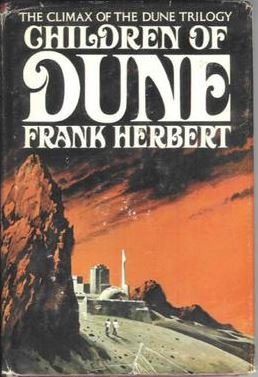 The Children of Dune begins with Leto and Ghanima Atreides, who are the twin children of Paul Atreides. This is nine years after the mysterious disappearance of their father in the wastelands of Arrakis. Their manipulative aunt Alia realizes their prophetic abilities and covets them. Even though Aunt Alia rules the Empire but the twins are no fools to be anyone’s pawns. 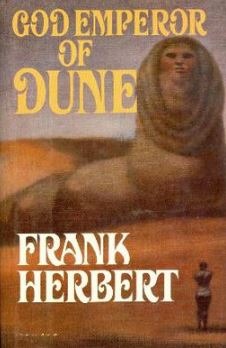 The God Emperor of Dune picks up 3500 years after the Children of Dune. The once deserted Arrakis is now a lush paradise, while Leto Atreides sits on the throne. Millennia ago, Leto merged with a sandworm to grant himself immortality but the cost in terms of humanity was enormous. However, Siona, his rival relative plans a rebellion to defeat his powerful might. 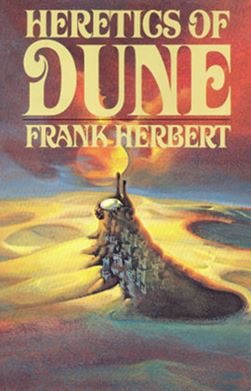 By now, Leto Atreides is dead and Arrakis has once again turned into a deserted wasteland. Plus, the empire has fallen into ruin as well. At the same time, a young girl by the name of Sheeana seems to fulfill the prophecy foretold by the late God-Emperor. As a result, Sheeana follows the God-Emperor and tries to return the empire to its former glory. 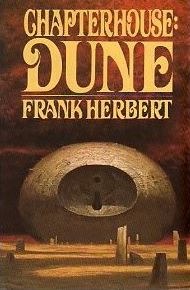 The Chapterhouse: Dune is the final novel in the series by Herbert, which is based on the destruction of Arrakis. Now, the fate of the empire rests on a mysterious matriarchal order known as the Bene Gesserit. On the planet Chapterhouse, the sisters are seen breeding sandworms and trying to control spice production. All this, in an attempt to restore the galaxy for a brighter future.

Why is Dune a Big Deal?

Initially, Herbert never got the chance to finish the story before his death in 1986. It was actually his son along with sci-fi author Kevin, who collaborated to finish what Herbert had started. This perhaps was one of the reasons that made Dune such a big deal.

Herbert was actually working on his next dune story while suffering from pancreatic cancer and dying of a pulmonary embolism. Upon his death, everyone thought that the future of the dune series was bleak. However, his son Brian was informed by the estate attorney, that his father had several safety deposits.

Eventually, he ended up with all the material required to finish Herbert’s uncompleted dune series. Not only did the duo come out with “Dune 7” but also spin-off and prequel trilogies called the “Duniverse”. The primary reason behind the success of the dune series was the fantastic ideas presented by Herbert Frank.

Apart from the colorful and vivid ideas, the Dune is also noted for its remarkable story, highlighting how our governing practices, scientific development, and social makeup would change depending on the circumstances.

Is the Duniverse Really that Big?

A common question asked by fans is if the Duniverse is really that big as mentioned in the novels. The answer to that is yes. Although the first few books cover a relatively short span of time but the entire series spans thousands of years. And it is not just about the ancient events in the books but an entire 10,000-year trilogy set even before the Dune events.

The Dune is not your regular alien-based novel or movie that involves aliens living in galaxies far away from the Earth. Infact, it is a story set tens of thousands of years into the future of humanity. This was after the “Butlerian Jihad”, which led to the banning of the thinking machines.

In simple words, the events describe how we manage to survive and then thrive without Artificial Intelligence. According to the series, survival is dependent on augmented humans as a replacement for computers. Even though the book does not share as much detail but the Duniverse shares all the lifelong training and skills brought to the table, which would otherwise be handed over to the computers.

For instance, Mentats are human computers that rely on Sappho juice to improve their comprehension powers. On the other hand, the Bene Gesserit sisterhood is a powerful political, social and religious force whose followers agree to extreme mental and physical conditioning. As a result, they develop superhuman abilities.

What is the Dune Book About? 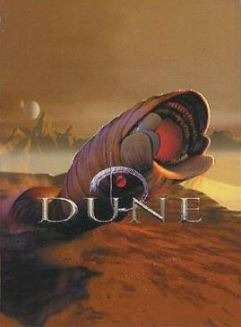 To better understand what happens in the dune series? It is essential that we go over the story’s original setup in the book. The story begins with a desert planet called Arrakis, which is a source of both strife and death but also the continuing prosperity of humans.

This is also the only place where one can find the mélange spice, which does a lot more than the viewers think. It provides several benefits such as enhanced physical capabilities and longer life. For others, it offers the ability to look into the future.

At the same time, Arrakis is a place with a very hostile environment. Since there is no rain, the native Fremen live underground and survive wearing moisture-preserving “stillsuits” and are also not welcoming to the outsiders.

Furthermore, harvesting the spice is not that easy due to sandworms that go deep inside and attack by sensing vibrations produce by spice harvesters. Considering the importance and value of the spice, Arrakis is known as the most valuable territory in known space, where several government apparatus govern the harvesting process.

As the first book opens, the Houses Atreides and Harkonnen are shown as bitter rivals. Duke Leto is seen to be preparing his family to move to Arrakis. The reason for moving is that the Padishah Emperor Shaddam IV handed over the spice harvesting control to the House Atreides. An operation, which was previously controlled by House Harkonnen.

Baron Vladimir Harkonnen is obviously frustrated with the turn of events and Arrakis is already set up for a big fight. The events that unfold from here onwards is basically how the Dune series takes off.

What About the Dune Movie? 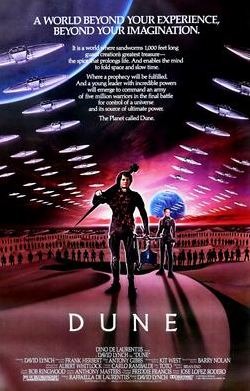 Fans have often remained confused about the novels and cinematic adaptions. Due to the rising complications each time, the majority often asks, what is the series about? The fact of the matter is that the Dune books or novels help the fans become aware of how the story actually began.

On the other hand, the Dune has experienced several cinematic adaptions amongst which only the 1984 film stood out. Despite the fact that the movies introduced several new ideas but they did not hold any resemblance to Herbert’s original idea.

With the new dune series film released in 2020, fans are of the view that Dune is finally getting closer to Herbert’s vision, which in reality is far more complex.

Herbert’s original work was splendid but only limited to the novels. The incredible detail and character development had made it very difficult for directors and producers to adapt it to any other format in the past. Only time can tell whether Villeneuve’s interpretation and take on the series turns out to be a success.