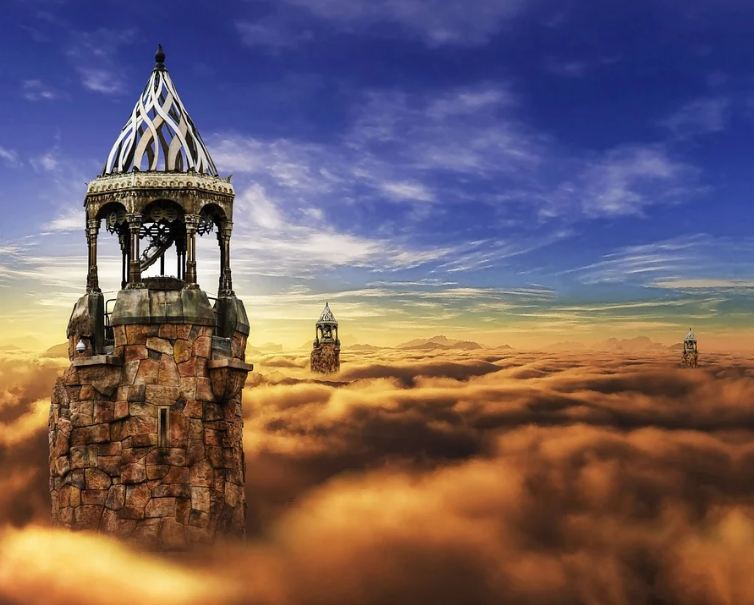 When designing a magic system, be it a soft one or a hard one, perhaps the most fun part is creating the different powers a magic-user has access to. After all, who does not like imagining some noble, heroic figure staunchly turning away a dragon’s fire? Or someone roasting entire armies with lightning from the heavens? Flashy powers and poignant displays of strength are a big part of the draw of a magic system, and thus, the reader’s interest in your story.

While it is a crucial part, designing powers is not the most critical aspect of creating a magic system. Perhaps the most vital part of powers and abilities is what is not possible. What limits are in place? Why can a person not do something? Why can Jedi not use Force lightning, but a Sith can? Limits define a magic system. They prevent a character’s power from growing out of hand and help keep a story on track. Limits and weaknesses can often be used as incredible opportunities for character growth, not to mention conflict.

Without clear limits, a magic system will fall apart. Nothing will make sense. Even if, especially in soft magic systems, the rules of magic are not necessarily clear, an author needs to set self-imposed limits on what magic will do in their story. An excellent example of this is The Lord of the Rings. As mentioned in the previous article, the magic used in The Lord of the Rings is very undefined. But it is never used in a way that interferes with the plot. Tolkien obviously had a system and a set of rules that he followed and did not break. Hence why magic in his series is both powerful and rare without creating contrived solutions to the different conflicts in the books.

This article will talk about limits, examples of how limits are used effectively, weaknesses, examples of weaknesses, the differences between a weakness and a limit, and why both are important in designing a magic system.

A limit in a magic system is defined simply as a threshold that a magic-user cannot cross. A limit can also be what a magic-user cannot do. For example, if a magic system revolves around the use and manipulation of the wind, then it stands to reason that a user of this system would not be able to control fire. Thus, an inherent limitation is created within the system, and it must be followed. If the author wants to introduce someone who can control fire, they must have an airtight, logical reason why that person can do what they do. Otherwise, the logic of the system falls apart, causing the reader to lose interest.

Going back to a previously used example, Brandon Sanderson’s Mistborn has several built-in limitations in its magic system. The first is the necessity to ingest and ‘burn’ metal. Without metal to burn, the magic users in Mistborn are nothing more than an average human. One type of magic user, called a Misting, has a limitation of using only one kind of metal, thus only acquiring one ability. A Mistborn is someone who can burn all metals. An interesting limitation is that an Allomancer can only ever burn one metal or all of them.

Another limitation Sanderson uses is the need for a ‘Snapping’ to occur before an Allomancer awakens to their abilities. Allomancy is a hereditary power, though not through genetics, but the spirit. The mechanics of inheritance are rather complex and beyond the scope and purpose of this article. Suffice to say, Allomancers are not born able to use their abilities. They need to awaken to them, through a process called Snapping. Snapping occurs when the Allomancer experiences intense emotions. In Mistborn, this emotion is often induced through physical trauma, a beating. Other extreme emotions, like joy or despair, were also enough to cause an Allomancer’s abilities to awaken. Without a Snapping, an Allomancer could go their whole life knowing of their magical abilities.

Perhaps the most famous example of a weakness is Superman’s kryptonite. While arguably not magic, kryptonite is such a widely known item that it has become a common saying. Item or situation ‘X’ is that person’s kryptonite.

A weakness, specifically in a magic system, can take several different forms. Perhaps the most common is the one that lines up with Superman’s. In the presence of kryptonite, his powers cease to work. In a more traditional magic system, perhaps magic will only work under certain conditions that can be exploited. For example, say a wizard needs to fill the air around him with his spirit, and only within the area his spirit encompasses can he use magic. It seems simple enough. But a wizard can only fill a space with his spirit if another’s spirit does not occupy it. Thus, a weakness is born. A wizard will be powerless if his enemies take away his ability to work magic, namely, by filling the space around him with their spirits. Now, there could be some other rules and limitations built into the magic system to give it more nuance. But the point stands, this weakness is something the author will have to write his characters around. It will force them, and thus their characters, to be creative, spinning a vastly more exciting tale for the reader.

In looking at limits and weaknesses, several similarities begin to accrue. It is essential to know the difference between a weakness and limit in designing a magic system because one will shape your story, and one will deepen it.

Beyond the grand abilities of magic users in every fantasy novel, what makes magic interesting is its limit. Countless magic systems use the classical elements, air, water, earth, and fire. What differs these magic systems, and ultimately, the stories that use them are the limitations the authors impose. It can be something as simple as the amount of cost and effort required to wield these elements. Or something more creative like in Avatar: The Last Airbender, where the ability to bend the elements is directly tied to martial arts.

A limit defines the system. It gives it shape and makes it unique. It forces creativity and innovation in the author and thus and in the characters of the author’s story.

So, how is a weakness different? Many would say a weakness is merely a version of a limit. Generally, they would be correct. But there is a critical difference between a traditional limit and weakness.

Weaknesses are personal. They often cause a lot of hurt and pain for the character or system they affect. An excellent example of this is Robert Jordan’s The Wheel of Time. Magic users in this series wield the classical elements. But where this magic system diverges is the weakness built into it. As people use magic more and more, they begin to go irrevocably insane. Thus, the use of magic has weight. This weakness induces emotion and costs every time someone uses magic in the series because it is one step closer to the character losing themselves forever. Weaknesses, much more so than limitations, give depth to a story.

Why They Are Important

One of the most considerable abilities of magic in a story is its ability to cause problems. Often in a fantasy series, the protagonists try to right some great wrong wrought by some ancient, powerful magic threatening their world. They need to battle against immense odds to succeed. Adding limitations and weaknesses to a magic system induces greater depth and richness of plot than would otherwise be present.

Magic is a force quite unlike anything in the real world. One of the biggest questions authors have to answer is how magic will affect the world they create. What will the culture look like? How rare is magic and those who wield it? Has it changed society, relative to ours, for the better? Answering these questions is where the introduction of limitations and weaknesses becomes paramount.

First, imagine a magic system where if you can think it, it will be. There are no costs or limitations to what can be wrought with magic. Thus, the first person to gain access to this power would essentially have absolute control over whatever he wanted in the world. The society created around such a concept would have one of two fates. The first would a utopian paradise. Perhaps the first person to gain magic was benevolent and kind and used this God-like power to change society for good permanently. Option two is a little darker. The first person to gain access to magic was a deranged criminal. Or perhaps a slightly selfish toddler, with no concept of consequence. Society, and the world in general, would likely not exist. Or be so dark that many who lived in it would rather not exist at all.

This example is rather heavy-handed, but the point gets across. If limits and weaknesses are introduced to this system, this example suddenly becomes significantly different. A couple of limitations of magic in the world could be a need for an intrinsic understanding of what the magic-user wants to accomplish and an appropriate energy cost associated with that action. The deeper the understanding, the less the accrued cost.

With these limitations, society suddenly rights itself to a middle ground—no utopia and no wasteland anymore, rather something similar to the one we have today. Evil and good exist, but keep each other in check, pushing and pulling in a never-ending conflict. Society reveres their wizards, lauding them on their power and intellect. The most powerful is also the most knowledgeable, for the more they understand, the more they can do, provided they have the strength to back it up.

This system is still without a weakness. Adding one in, no matter the weakness, will undoubtedly change the perception of magic, culture, and the magic-user’s power. Remember, a weakness is something personal. It makes the use of magic mean something beyond wowing the reader. A potential weakness for this magic system is, the more a person uses it, the more they are pushed towards one moral extreme or the other, despite their wishes. For example, a murderer capable of magic could slowly be pushed towards good. He would not want this and would fight it, but the more he used magic, the more inevitable it would be. The opposite would also be true. A champion of the people, a paragon of good, could awaken magical abilities. But the more he used them, the more his anger and violent tendencies grow.

Now, all of a sudden, the magic users in the world have a complexity about them that was not their before. The very strength of magic imbalances them, forcing them to fight against the inevitable change occurring within them. It weakens them. Characters utilizing this type of magic have a complexity and depth that was not present before the magic’s weakness was added.

The protagonist of the story could struggle with evil tendencies while the villain could have once been that champion who was forced to turn evil by the very magic he wielded. Every time a person uses magic in this story, the reader holds their breath in anticipation of irreversible change and consequence. Magic becomes more important than before, and the times it is used stand out and matter. Limits and weaknesses enhance the magic they constrain and, thus, the overall world the author crafts.