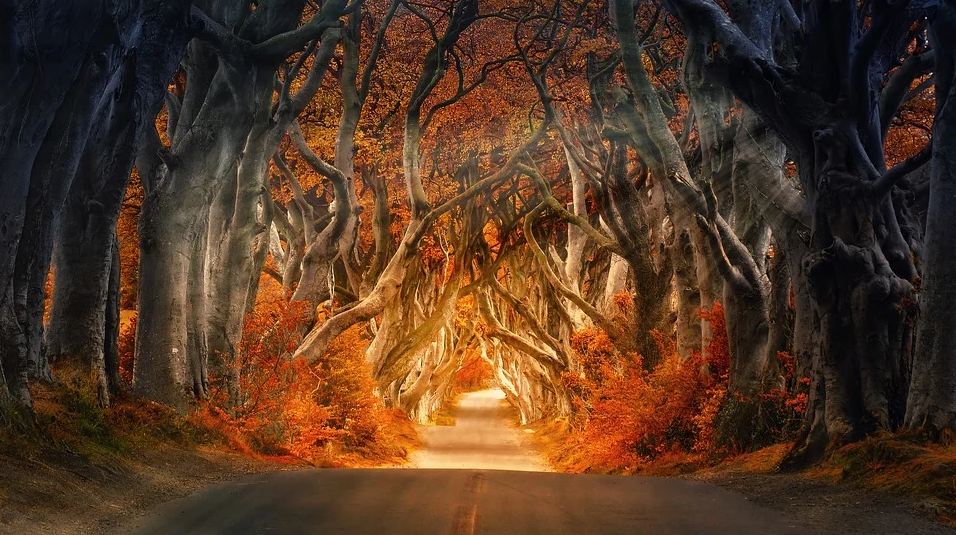 So, you want to write a fantasy book or create your own tabletop game, or you simply enjoy idea crafting. One of the cornerstones of any of these is a sound magic system. Magic draws a reader or player in. It breathes life into an author’s world, giving it an element of depth and wonder that our society cannot hope to replicate. Perhaps the most powerful part of magic, and writing in general, is that there are no bounds. Words can be whatever a writer wants them to be. He or she can craft them in infinite ways, creating new and wonderful stories every time.

In saying this, story writing, and thus, magic, needs to be arranged logically. Without a specific order and structure to a sentence, the words will be garbled and unintelligible. Similarly, magic, without a set system and rules, will not make sense and will detract from a story. Limits, weaknesses, style, and integration are all factors that need to be considered.

Before getting into the minutiae of designing a magic system, it is essential to note that there is no correct way of making anything, much less something like this. That is the whole point of creativity: to do what you want with the ideas in your head. This article merely serves to provide a guideline, a framework, or an outline to help you bring your ideas to life.

In the early stages of designing a magic system, it is crucial to consider both your magic users’ abilities and the world itself. The root of any good magic system is the magic itself. The draw of the story comes from the flashy fireballs and conjured storms. The world integrating magic into the world will be discussed in the worldbuilding section of this article.

These early stages are always some of the most fun. Sometimes it is nice to sit back and let your imagination run wild, boundless ideas and images of great power flying through your head. This state also precludes some of the best ideas, letting your mind run free and unfettered, following ideas down endless rabbit trails. Often ideas are inspired by another work, perhaps an alteration on an already existing concept. Most often, when designing a magic system, the designer draws from both sides. They have a sudden inspiration and let their imagination run with it.

In this stage, it is important to write everything down. It is frustrating to have a great idea and then forget part of it. To avoid this pitfall, think, and ponder, and then write down your thoughts. Often, these thoughts will not make sense. That is ok. Just get something down on paper.

In deciding what powers to use, there are no guidelines. Take inspiration from books or television shows you like; there is no right way to develop abilities or magic. If you are looking for inspiration, some great examples of magic are Avatar: The Last Airbender, Mistborn, DC and Marvel comics (yes, superpowers are technically magic system, more on this later in the article), and Star Wars. Between these resources are examples of very different types of magic or power.

One of the most fun parts of writing is designing the world in which the story takes place. Creating cultures, countries, people groups, and history are all fascinating undertakings. Again, much of the fun stems from the complete freedom inherent in designing a world. If you want part of the world to be composed of floating islands, you can make it be so. If you want the world to be a gigantic dragon swimming in a vast ocean, you can. There are no limits.

But what does worldbuilding have to do with magic? Part of making magic make sense is the integration of magic into the larger world. Realistically speaking, if magic existed in any true capacity in our world, our culture, technology, and history would be drastically different. Thus, making your magic make sense in relation to the world is an especially important part of having a sound story. Without integration, the magic in your world will feel disjointed and out of place, partly dispelling the reader’s attention.

The examples listed above, with perhaps the exception of the few lines of Marvel and DC comics, are all remarkable examples of magic integration. Avatar: The Last Airbender slowly reveals ties between the magic users, called benders, and the world. Benders are an intrinsic part of the world cycle, the Avatar being the most important. In Mistborn, the three types of magic users all are closely related to two spirits that war over the world, Preservation and Ruin. In Star Wars, Force users are linked to what is essentially the life essence of the galaxy. Much of history is related to different Force users of surpassing power. All the major conflict stems from those who use the Force.

Integration means tying magic into the history of the world. It means weaving your wizards and sorcerers into the culture of the nations of your story. How do people treat those who can use magic? What legends are associated with magic? Merging magic with the world helps breathe life into both. It makes the story more complex and more engaging for the reader.

What does it mean for magic to have a theme? Well, themes help to tie your magic together. In Mistborn, Sanderson themes his magic through his naming scheme. All the magic users have names that somehow relate to a role within a criminal organization. For example, those with great strength are called Thugs. Thus, the rather disparate set of powers Sanderson’s Allomancers can use are tied together with theme.

In Avatar: The Last Airbender, the magic users each bend one of the classical elements. Each type of bender belongs to a different nation, each with its customs and traditions. Where theming comes in is in the martial arts the benders use to harness their powers. An overarching theme of the magic system is the fact that magic is controlled through precisely executed movements. Smaller themes are the differences in the martial arts used by the benders. Airbenders use flowing, free movements. Waterbenders are smooth and controlled. Earthbenders are rigid and robust. Firebenders are sharp and quick.

In Star Wars, the themes are quite distinct. You have the overarching connection between the Sith and Jedi, the balanced Force. Then you have the smaller themes of Light and Dark, two powerful forces in perpetual conflict. The Force is a constant, felt presence in every movie; the themes it presents continuously reinforced.

One of the most important parts of designing a magic system is ensuring that it is logically sound. Logical inconsistencies in stories, called plot holes, are the anathema of any author. Plot holes break stories and the reader’s interest in the story. There are a few guidelines to ensuring your magic system makes sense and has no logical fallacies.

Previous articles discussed hard and soft magic and the difference between them. A brief review will be provided below. If you want a more comprehensive introduction to this concept, please check out the full article.

Hard magic explains its underlying rules to the reader. The reader knows exactly what a magic user is capable of and why. There are no surprises when a magic-user uses their abilities, an exception being when a new type of magic is introduced. Additions rely on the new kind of magic fitting within crafted rules and limitations the author puts into place for their magic system. In hard magic systems, people often use magic and use it to solve problems in ways logically consistent with the established rules. Good examples of hard magic systems are Mistborn and Avatar: The Last Airbender.

Soft magic systems have nebulous powers, and the rules are often unknown. Magic is more commonly used as an environmental hazard or feature than a constant presence in the story. Magic causes problems more often than not and is rarely used to solve the story’s conflict. Soft magic systems more easily inspire awe and wonder in a reader due to the unknown limitations. While the rules are not explained to the reader, the author should still have comprehensive rules and constraints to their magic. Great examples of soft magic systems are Star Wars and The Lord of the Rings.

Choosing a type of magic to work with has a massive impact on your story. Often, authors use a hybrid of these two systems. Another excellent method of ensuring your magic system is logically sound is creating limitations and weaknesses and sticking to them with few, if any, exceptions. An article on this site discusses this topic in much greater detail. Below is a brief review of limitations and weaknesses.

Limitations are, basically, what magic can and cannot do. Without boundaries, your magic users will be able to do anything, making magic a rather cheap method of solving every problem. Limitations, which can be renamed as rules, are perhaps the most exciting thing about a magic system as opposed to the powers themselves. They define magic, allowing the same ability to be repurposed in many different stories over the years. A good example of a limitation is the need to use martial arts to bend the classical elements, used frequently in magic systems, in Avatar: The Last Airbender.

Weaknesses are a derived form of limitations. Weaknesses are more personal than an overarching limitation. They serve to add depth to a character or a type of magic-user. Perhaps the most famous example of a weakness is Superman’s Kryptonite.

Using these guidelines will help you create a sound magic system. But the most crucial part is making sure you do not break these rules. Plot holes are not attractive and are quite irritating to read. Rules mean nothing if they are not followed.

Superpowers are an interesting niche. Science fiction is merely a derived form of fantasy, superpowers another smaller subgroup. Superpowers may not seem like magic at first glance, but upon further study, it becomes evident that they are.

What makes a magic system? A power outside of reasonable human bounds, a person to wield this power, rules and limitations upon that power, and, hopefully, ties between the power and the world present in different themes and history. Superpowers check all of these boxes.

Most often, superpowers are classified as hybrid magic systems. While some rules are known, it is clear that some of the supernatural remains in the background. Superpowers often shift and change over time, their limitations a little more fluid than a pure hard magic system. Taking Superman as an example again, his ‘magic’ allows him to fly, hit extraordinarily hard, shoot lasers from his eyes, and shrug off damage. His limitations are few but very present. Many of his limitations stem from his moral compass. Superman is unwilling to go to the lengths his opponents do, something they often take advantage of. He is weak to kryptonite, and his powers are derived from Earth’s yellow sun. His powers tie into his story because he would not have them if he were not on Earth, his Kryptonian heritage affording him these abilities.