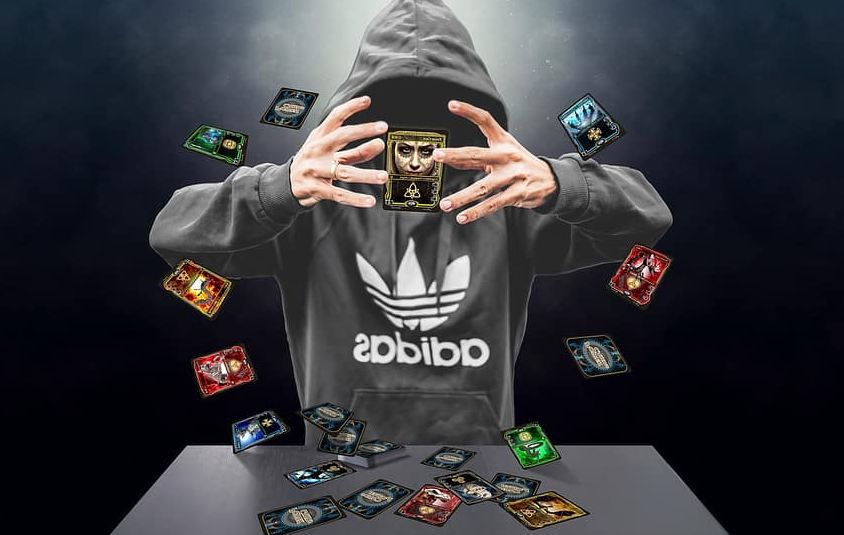 Magic, an essential part of nearly any fantasy book. Magic separates fantasy from any other genre of story. It is often the driving force behind the issues characters face. Magic allows characters to transcend the mundane. It ignites the reader’s imagination and truly allows them to immerse themselves and fall in love with the world the author creates.

Perhaps the most fascinating parts of magic are its inner workings. Creating the ‘system,’ or set of rules that magic runs upon is one of the greatest creative freedoms an author possesses. Over the years, different authors used their bright imaginations to create some truly inspired magic systems.

Hard magic is defined by the rules the author sets into place when creating their magic system. These rules are clear and concise, with little ambiguity. As they are often dubbed, the rules, or ‘laws,’ serve to create limitations within which the characters of a story have to operate. Magical laws often act as a permanent part of the universe in which the story takes place, much like our world’s physical laws.

The reader of a series that contains a hard magic system will often, over time, fully grasp how magic works in the world the author created. Magic users within books that have hard magic systems often directly use magic to solve conflict and resolve plot lines in the story. This feature creates immersion for the reader because they understand what is happening. They know why the character can do what they are doing.

Pros and Cons of Hard Magic:

With set rules and immutable laws of magic, worldbuilding, characters, and the plot are more natural to craft. If an author knows precisely what is possible and what is not when writing say, a fight scene, then it is easier to craft. It is also better for the reader because they know exactly what is going on and why.

With a hard magic system, it is easier for the author to convey how magic is used in the story in a logical, understandable manner. Magic becomes more of a tool, one that characters can use to significant effect.

Hard magic systems prevent a Deus Ex Machina. If you are unfamiliar with this term, essentially, it is a contrived explanation or method of solving a problem. Character A saved character B simply because he could. A Deus Ex Machina can often take the form of some unknown magical ability or phenomenon that suddenly, conveniently occurs to resolve conflict. Using magic in this way will break reader immersion, as they will question how and why something like that was possible.

Hard magic systems force the characters (the author, really) to be creative with their abilities. When hard constraints exist, creativity and genuine intelligence must be displayed to resolve problems. This necessary creativity makes wonderful opportunities for authors to write more compelling conflict and create better character depth.

Perhaps the biggest drawback of a hard magic system is its inherent limits, the laws that constrain the possibilities of magic. Magic is, historically, something mysterious. Defining it and creating rules restrict this quality.

Another detractor to this type of magic is related to the first. Constraints and limitations will often reduce the sense of wonder and awe a reader feels when consuming an author’s work. They close their minds off from exploring the boundaries of magic, reducing their interest in your story. An excellent way to combat this is to lean in the clever usages of magic.

The last deficiency is that every character capable of magic must have airtight logic and reasoning for whatever they do with it. Nobody likes plot holes. If a wizard uses magic to break the rules of the system put into place, it will break the reader’s immersion. Every magical action taken has to perfectly follow the author’s laws and rules, which can be quite a challenge.

One of the most famous examples of a hard magic system is present in Brandon Sanderson’s Mistborn series. His magic system relates heavily to metals and the gain and loss of energy. Sanderson creates three types of magic in Mistborn: Allomancy, Feruchemy, and Hemalurgy.

Allomancy is the net-gain type of magic. Allomancers ingest and metabolize metal. Depending on the type of metal they consume, they receive a different kind of ability. Some people, called Mistings, can only ingest and metabolize one type of metal and receive only one ability. A Mistborn can ingest all types of metal and, thus, have access to the full range of Allomantic abilities. Some of these abilities include emotional control and manipulation, physical augmentation, and gravitational control, among others.

Feruchemy is the net-neutral type of magic. Feruchemists can store different aspects of themselves within metal bands they wear and use these aspects later. For example, if a Feruchemist stored his strength inside a metal band and continued doing so for a few days, he would have access to that strength later. While he stores his strength, he will be incredibly weak. But, when he calls upon that stored strength when he needs it, he will temporarily have access to superhuman strength levels. The type of aspect that can be stored depends on the type of metal used. Some attributes that can be stored are strength, speed, weight, memory, and determination, among others.

Hemalurgy is the net-loss type of magic. Hemalurgists, utilizing special metal spikes, can stab a person with Allomantic or Feruchemical abilities and steal them for their own. In the process of taking powers, some of the overall strength of the person stolen from is lost. A Hemalurgist can become incredibly powerful, despite this loss, by stealing from many other magic users.

The rules for each type of magic user are well-explained and rigidly followed. Sanderson keeps the wonder of his readers through clever usage of the character’s abilities and the slow reveal of other types of magic.

Soft magic systems are those that are nebulous and undefined. Magic is some cosmic, little-understood force of the world the author writes. Its limitations are unknown. What it can actually do remains a mystery. In a soft magic system, magic is often the root cause of the story’s problem or conflict. Characters rarely use magic, and if they do, it usually does not work the way they think it will.

Readers of the story with soft magic will often view magic with awe and wonder. They never know what is coming next, mainly because, often, the characters themselves do not know what magic they encounter will do. Stories that utilize soft magic often make the characters seem like a small part of a larger, mysterious universe, creating tension due to the unknown.

Pros and Cons of Soft Magic:

One of the most significant benefits of using a soft magic system is the sense of awe and mystery magic gives to the reader. The fear and anticipation of the unknown spur the reader to delve deeper into the author’s world. Speculation and theorizing often occur with this type of magic; the reader enthralled at what will come next.

Soft magic provides unlimited creative opportunities for the author. Rules and constraints like hard magic systems have do not bound soft magic systems. This freedom allows for authors to use their magic in whatever way they see fit. A benefit of this is mystery, as previously mentioned. Much of how magic works can remain hidden, adding to the ambiance of the world.

Soft magic allows magic to be used as a theme, rather than an intricate problem solver. A good example of this is the original trilogy of Star Wars. The Force is very nebulous, almost unknown to the general population of the galaxy. When Luke discovers his abilities and is trained by Obi-Wan and Yoda, the force’s mystery remains. It is almost a religious experience, connecting to and controlling the Force. Ultimately, the trilogy’s climax comes down to a battle of ideologies, between good and evil. The Force, the mysterious power of the universe, must be brought to balance. Its chosen champions do battle, but it is never truly understood, even by those who wield it. This mystery creates tension, something a hard magic system with its clearly defined constraints cannot do.

Perhaps the biggest drawback of using a soft magic system is the temptation to allow it to solve all the plot’s problems. If the reader does not know how magic works, it seems plausible to simply introduce a new aspect or method of using magic to solve the conflict. While this is acceptable maybe once or twice within a story, using this method overmuch will break the tension with the reader. If the reader comes to expect magic to swoop in and save the day, then the story becomes boring. One of the biggest rules when using a soft magic system is that it should not be used to solve problems.

Another detractor is the mishandling of power creep. Power creep is a term used to describe how, throughout several books, characters tend to grow more powerful to contend with greater magnitudes of threats. This technique is perfectly valid and is used near ubiquitously in fantasy stories. It is a perfect way to ratchet up the tension for the reader. But, if misused, it will rapidly break immersion and tension completely. With its infinite possibilities, a soft magic system can easily make a character so powerful that it does not matter what is thrown at him or her, they will simply beat it. Or a character’s ability is so contrived, due to the nebulous nature of the magic, that anything they go up against cannot hope to contend with their unique talent.

Perhaps the most famous example of a soft magic system is present in The Lord of the Rings. Tolkien wrote his masterpiece before these tropes and tendencies regarding magic systems were recognized. Nevertheless, he masterfully utilizes soft magic. It enhances his story, creates and does not solve problems for the characters, and awes the reader whenever it is present.

Gandalf, the series’ principal magic user, is never seen solving problems for the Fellowship, Gondor, or Rohan using magic. It would have completely broken the story if Gandalf had, somehow, teleported or flown Frodo to Mount Doom and destroyed the One Ring. We know Gandalf has magic, but we do not see what he can do. When he does use magic, it is often in ways we do not have to understand, but awes and impresses us, nonetheless.

In the movies made about The Lord of the Rings, this soft magic system is masterfully recreated. The sense of mystery and awe is fully retained on the big screen, just as Tolkien wrote it. One of the most impactful scenes in the trilogy, both in the books and movies, is when Gandalf comes back to life. When Aragorn, Legolas, and Gimli encounter him and rejoice at his return, a truly magnificent moment is created. We do not know why or how Gandalf returned, but it obviously has to do with magic. He says his task is not yet finished, so he was sent back. No further explanation is needed.

Another great moment utilizing soft magic is when Gandalf rides to the rescue of the Gondorian soldiers retreating from Osgiliath. The Nazgul harry them. All Gandalf does is raise his staff and let white light pour out of it. The Nazgul retreat and the soldiers are saved. We do not know why this happened or what truly drove them off. We know that Gandalf saved, in dramatic fashion, the lives of several hundred men.

Other great examples are Star Wars, Game of Thrones, and The Chronicles of Narnia. All these series utilize magic in some nebulous way. But ultimately, it is up to the characters, with minimal magical aid, to solve their problems and resolve the conflict in their stories.