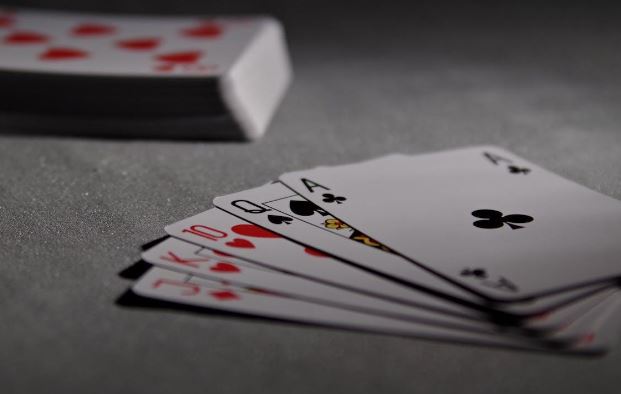 The market for online gaming is set to grow by 11% by 2030, with online poker one of the most played games on virtual platforms worldwide. For one, the rise in global investments has fueled the digital transition of brick-and-mortar casinos. Likewise, we’ve seen the ease of creating mobile gaming apps with development tools such as Flutter. All those considered, the popularity of online poker has skyrocketed. Interestingly, a Machine Learning study showed how Texas Hold’em is one of the most widely loved poker variants. Those who understand the parameters of the game and its rules are often the ones who emerge victorious.

In this article, we will get you up to speed on the three strategies you need to win online Texas Hold’em matches.

Large open-raises sizes are common in live games; an open-raise can range from 5x-7x to 10x. In virtual poker matches, an open-raise size tends to be 3x-4x, with a minimum of 2.5x raises from later positions. Sharpening your skills takes time, so pace yourself and raise smaller amounts. More importantly, consider practicing on micro-stakes games. If you’re a Texas Hold’em beginner, don’t be tempted to jump in big. Any cash game with a buy-in of up to $25 is considered a micro-stakes game. Here, you’ll contend with different kinds of opponents. You need to understand how different online players bet, fold, and raise. This is especially relevant as bluffing is hard to identify on virtual platforms, as you can’t read the player’s body language. One thing to watch out for is the betting patterns. For instance, if someone places a large amount on a dry flop, there is an increased chance are they’re bluffing. Texas Hold’em, beyond observing rules, requires you to be mindful of player trends. And with micro-stakes games, short-term fluctuations won’t affect your earnings much.

To start, there are distinct positions within the game. Understanding these roles is a crucial Texas Hold’em strategy. For both live and online poker, early positions refer to the small blind, big blind, and under the gun. Good players take advantage of these positions at the preflop to win antes and blinds. However, late positions, such as the cutoff and button, open more avenues to earn money. This is because late-position players will view more cards once chasing a draw has begun. If you act last on the third, fourth, and fifth cards, you’ll be privy to your opponents’ actions before folding, checking, or raising. Unlike live poker, online players have the option to play multiple tables. This means difficulties can arise in constantly trying to identify your opponents’ positions. Fortunately, playing virtually means you can use helpful digital tools, such as poker tracking software. This keeps track of the massive amounts of hands and provides information on who is in each position for each game and round.

Play wise after the flop

Card strength isn’t a direct representation of ability. Research published on MDPI discussed how Texas Hold’em poker is complex. Ability is largely associated with dynamic decision-making, risk management, and strategic deceptions. As such, you shouldn’t be worried about folding your hand after the flop. If you’ve placed down a substantial amount—and started with a great hand— you may be wary of losing a lot of cash. However, if the flop doesn’t improve your hand and your pair isn’t that strong, you’ll likely incur a loss. It’s hard to anticipate multiple gaming styles in online Texas Hold’em matches. You can’t read body language, nor can you observe if an opponent acted too hastily. However, you can still evaluate your situation to bolster your gameplay in the long run.

If you are thinking of playing the online version of Texas Hold’em we hope the above strategies will help.