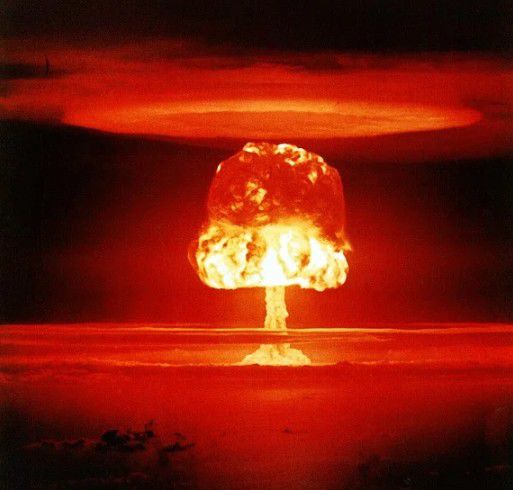 It’s just every day that competition, power, and minor disputes between states or countries lead to the threat of nuclear wars. Having disputes with nuclear power states only strokes fear among the citizens. Nuclear attacks are mainly caused by a high range of electromagnetic pulses that can result in catastrophic attacks and mass destruction. Now, we suggest you take a deep breath because that was a heavy start and DON’T FRET OVER IT.

Portraying EMP attacks as more fantasy than facts is not what this article is about. The social response to the warning of such attacks might be of terror and anxiety. That is why having the knowhow of an EMP attack in this day and age can prove to be very important, and we are here to help you out with that.

Wondering why knowing about EMP attacks can be helpful? Well, that’s because the threatening and intimidating effect of an electromagnetic pulse attack is real,and protecting yourself from one might not be too difficult if you know the basics.

So, here is everything you should know about EMP attacks.

What is an Electromagnetic Pulse (EMP)?

In the most straightforward and uncomplicated way, an electromagnetic pulse is an irregular pulse of electromagnetic radiations that releases intense gamma rays. These rays ionize particles present in the Earth’s atmosphere and create a powerful electromagnetic field, generating high voltages. This could potentially damage electrical devices when generated on a small scale. At a larger scale, EMP is hard to generate, but weapons developed through this phenomenon can deliver harmful effects like mass destruction.

It is also called Transient Electromagnetic Disturbance, and it can be naturally occurring and human-made. An example of a naturally occurring common EMP event is lightning strokes. It can cause a higher range of damage from destructing buildings to even having afflicted effects on human health. However, in most cases, it only excites a small area of the surrounding environment.

The branch of science that caters to the management of EMP effects is Electromagnetic Compatibility Engineering. General characteristics of EMP include,

Electromagnetic pulses arise when the source instantaneously emits energy. This energy mingles with the atmosphere and energizes all the particles present in there. These generated pulses can be short-lived or repetitive with a faster duration, depending on the pulse waveforms. These waveforms also vary in the level of destruction caused by a generated pulse.

Types of the electromagnetic pulse can be divided into natural, human-made, and caused by weapon effects.

What is an EMP Attack?

Having all the basics down to what EMP is and how it works, let’s move on to the focal topic that is EMP attacks. Electromagnetic pulse attacks are caused as a result of nuclear explosions. When nuclear weapons were in testing in the earlier times, the fact that they produce electromagnetic pulses was already known. They are used through weapons using nuclear and sometimes non-nuclear energy to produce a burst of electromagnetic radiation. This results in varying electrical and magnetic fields that rapidly interact with any type of energy they can find in an extensive area. Also, this produces or excites free charges that cause voltage surges.

The factor on which the level of destruction depends is the ionizing ray output, altitude, detonation, and energy of an electromagnetic pulse attack. Before creating nuclear devices, its interaction with the Earth’s magnetic field and electromagnetic shielding of targets is concerned.

Given that electromagnetic attacks are not only limited to nuclear weapons,it can also be caused on a small scale by lightning, electrical short-circuits, and even through meteoroids.

There are many examples of substantial and compact EMP attacks in history, which you should definitely go through if you want to know more about their occurrence.

Effects of an EMP attack

The consequences of an EMP attack, for the most part, depend on the level of power a pulse can generate. A fast-acting but short-lived electromagnetic pulse can cause temporary or repairable damage. Whereas, rapid long-acting pulses can cause a significant amount of damage that can be life-threatening and irredeemable.

Some minor and major effects that EMP attacks can generate are:

The best safety measures to protect you from electromagnetic pulse attacks are,

An electromagnetic pulse is generated abruptly when a source emits energy through the release of gamma rays, which ionizes the particles surrounding it. This generates a powerful electromagnetic field that produces current. EMP can be of different types, including naturally occurring, human-made, and weapon-oriented. Any type of electromagnetic pulse that causes destruction at a small or large level is considered an EMP attack. It can range from interference damaging your electronic devices to nuclear explosives wiping out masses.

The article discusses in detail the effects of EMP attacks along with safety precautions and control measures that you can take to protect yourself. We hope that it helps in increasing your comprehension of EMP attacks and provides a better understanding that warfare isn’t always EMP attacks.