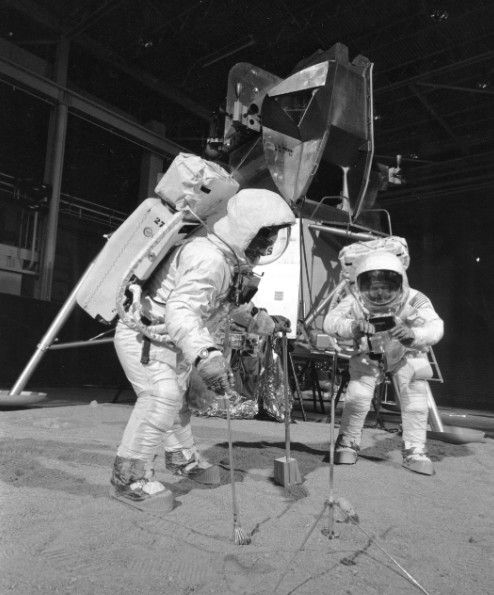 Moon landing by the American astronauts and NASA happened about 50 years ago. The event itself is significant enough to mark a date in the minds of the people and have a special place in the world’s history records. However, what has proved to be the biggest ignition to keep this event in the news now and then is the heap of conspiracy theories attached to it.

The Apollo 11 was a joint venture of about 400,000 NASA employees and contractors. They all worked their heads off to put Neil Armstrong and Buzz Aldrin on the moon. Nevertheless, it only took one man and his pamphlet titled, “America’s $30 billion Swindle” to plant the seeds of distrust among people. The birth of this idea of conspiracies to prove the moon landing was fake came right after the Watergate scandal and the case of Pentagon Papers. This was a time when the Americans had already been fed with the idea that their government can easily lie to them when it wanted.

Bill Kaysing has been associated with the US space program during 1956 and 1963, working for Rocketdyne. This company was designing the Saturn V rocket engines. This piece of information about Kaysing holds great significance as it is this point in his background that increases his reliability among people. His self-published pamphlet named “We Never Went to the Moon: America’s Thirty Billion Dollar Swindle” ignited a spark among the conspiracy theorists.

A lot happened that then fueled these conspiracy theories, including Hollywood movies showcasing how moon landings could easily be staged using set designs. Also, Fox News Documentaries had everyone’s attention towards videos and papers talking about how NASA fooled the nation and this whole world.

Though the most significant response to debunk these theories is outright plain and simple, there is a set of people always refusing to believe. This article overviews some of the conspiracies that attempt to prove that the moon landings were fake, and the Apollo 11 never really made it to space.

In reality, the flag is not flapping. It was not any ordinary US flag. It was specially designed for the astronauts to plant on the moon, and since a simple flag on a gravity-less place would slack, there was a horizontal rod sticking out of the flag pole to keep the flag upright and waving.

The response debunking this conspiracy theory is also very convincing. Anyone who has used a camera at nighttime knows how bright lights in the background or flash darken the sky in the background. The same happened with the pictures that the Apollo 11 captured. The moon surface they landed upon was brightly illuminated by the sun. Also, the spacesuits those astronauts were wearing were highly reflective, which ultimately resulted in a starless night sky in the background of the moon landing pictures.

However, experts responding to this theory claim that although the sun was illuminating the surface of the moon, it is important to note that the moon itself is a giant reflector of sunlight. The lunar ground, reflecting the sun’s light, created scattered shadows of various objects on the moon, including the ones which were apparently in the dark.

The response to this conspiracy theory claims that the bulkiness of the spacesuit and the sheer difficulty of landing and walking on the moon made it impossible for Armstrong to use a normal handheld camera. So, there was a camera attached to the front of his suit with which he captured this picture of Aldrin on the moon. The reflection also shows Armstrong reaching out to the front of his suit – meaning that he was attempting to take a shot.

The fact that the Russians had been super space-savvy and had greater means than the US to enter into space and log successful missions itself debunks this conspiracy theory. Russians and the US were the greatest allies of those times. If there was even a hint of a lie in this moon landing, then why would the Russians stay quiet? They could have easily deflated the success of this event and marched ahead in the space race.

The successful moon landing by the US space mission Apollo 1 marked a historical event that can never be erased. The conspiracy theories surfacing to defame and prove it wrong are the ones keeping this event alive. From the single pamphlet by Bill Kaysing to the latest YouTube vlogger claiming that the moon landing was staged, the conspiracy theories have now taken a form of entertainment.

Initially, there was no point in replying to the rumors and these theories, but NASA invested deeply in this project, so there were a lot of explanations sent out by them.