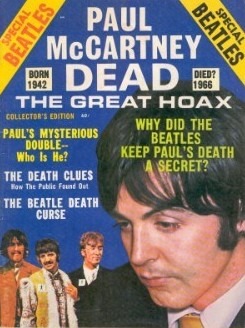 Many interesting conspiracy theories have surrounded the world. From the mystery of UFOs to time travel to the death of famous personalities, many aspects arise that question the reality. Many conspiracy theorists spend years to figure out the answers to the conspiracy questions but evidently failed to do so. One such mystery that has been in the air since the late 60s is that Paul McCartney of the Beatles band is dead or alive? Surprisingly, both sides have interesting explanations making it difficult to come to a solid conclusion.

About the Beatles Band

The Beatles was a four-member rock band that was formed in Liverpool in 1960. Members of this rock boy band included John Lennon, Paul McCartney, George Harrison, and Ringo Starr. They have been known to create the most impact on their audience particularly because of their music but also because there were so many controversies and conspiracies with the band that it started to gain attention from the public. The Beatles are known for having a major impact on the pop culture and music of the 1960s.

The band had the main genre of rock music but the music changed quite frequently from going classic to traditional pop to ballads to Indian music and even to hard rock. It seems unreasonable that a single band would have been able to ideally maintain the tune, sounds, and lyrics with a diversified music base but Beatles did the job in an outstanding manner. By 1964, the Beatles had become the most famous band in the US, breaking a number of sales records. Fans of the Beatles are often known as the “Beatlemaniacs.”

Who is Paul McCartney?

Paul McCartney was the lead vocalist and the bassist for the band Beatles. After the band ended in 1970, he continued on his solo career. Critics have always said that McCartney has been a proficient musician and has hands-on knowledge and expertise of the different instruments including bass, guitar, keyboards, and drums. His vocal range and eclecticism have been the key strengths. McCartney had his first album as a solo artist in the 1970s with his own name. During the 70s, he led the most successful bands of the decade. However, what’s more, interesting is that he got into a controversy which suggests that Paul McCartney has been replaced with a twin. 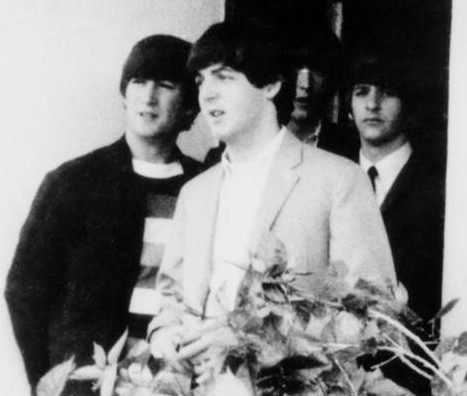 It all began in early 1967 when a rumor circulated that Paul McCartney had been in a car crash which proved fatal for him. There was no official response by The Beatles and silence was observed. In the February Issue of The Beatles Book, the rumor was acknowledged and started to evolve as a real conspiracy. In May, McCartney alluded to the rumor and stated that nothing like that happened. However, the question arises whether he was McCartney or his look-alike?

According to this conspiracy theory, when McCartney allegedly died in a car crash, the band replaced him with the winner of McCartney’s look-alike contest named Billy Shears also known as William Campbell. What was more interesting was the fact that the issue got a major hype from the media and fan base of The Beatles. Even the police were involved and were being repeatedly called to inquire on what the actual issue was and whether or not Paul McCartney was alive. Here are some interesting theories favor that Paul McCartney Died. 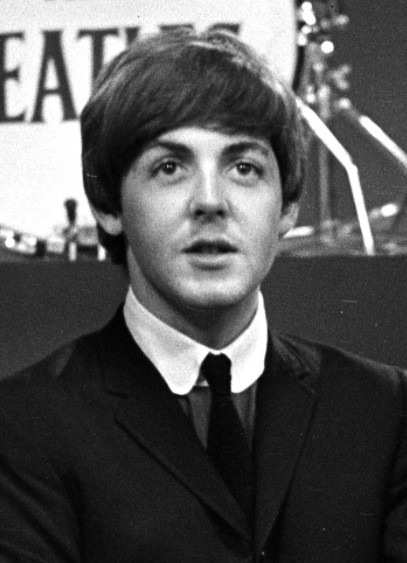 After the alleged death of Paul McCartney, there was a change in the songs and tunes of the band. One year after the incident, there was a song named “Glass Onion” in which Lennon says “here is another clue for you all / the walrus was Paul”. It does seem interesting that he gave another clue to the mystery but by that, he also suggested that the “Walrus” or the person that died was Paul. Moreover, the cover photo of their album, Abbey Road, showed that Paul was walking barefoot and out of step with his band friends. Who needs no shoes? A Dead man.

Something does seem quite fishy over here because all of this cannot be simply a mere coincidence right? Many people believe that the band started to give hints in the songs because they had the guilt of hiding the death of one of their most important members. Furthermore, the song Taxman had George Harrison advise those who die. Of Course who else died other than the very own member, Paul McCartney.

If you still find it hard to believe, we suggest you listen to the song “A Day in the Life” by the Beatles where the lyrics go like “He blew his mind out in the car”. Although this may sound like normal, when the song is played backward, it goes like “Paul is dead, miss him, miss him”. In the song named “Strawberry Fields Forever”. It appears as if Lennon mumbles the phrase “I buried Paul”. However, Lennon denied this and said that the phrase was actually cranberry sauce. 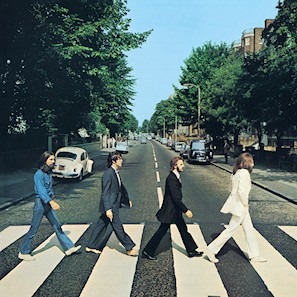 Paul is Dead Gets Media Attention

With fans and other people finding the hints in these songs, the conspiracy grew instead of getting resolved. As many songs after the alleged Paul’s death had mentioned Paul, many sociologists and psychologists were involved. After being reported on college campuses in 1969, the story got the attention of mass media and everyone was after clue hunts.

A caller to the detroit radio station provided more information about the rumor and clues after which the rumor got discussed for another hour. This happened on 12th October 1969 and within two days, The Michigan Daily published an article with the headline “McCartney Dead; New Evidence Brought to Light”. CLues were discussed in greater detail and many of these started to come together as individual pieces. Soon, the story was picked up by newspapers all over the US. On 22nd October 1969, the rumor had turned into an International News Story.

Before the end of October, there were several song records that were focused on the death of Paul McCartney even though he was allegedly alive according to the Beatles. Different songs included Brother Paul by Billy Shears, So Long Paul by Webley Finster, We are All Paul Bearers by Zacharias, and Saint Paul by Terry’s Knight. There were documentaries, radio segments, and magazine publications, all of which focused on whether McCartney had died or was living. 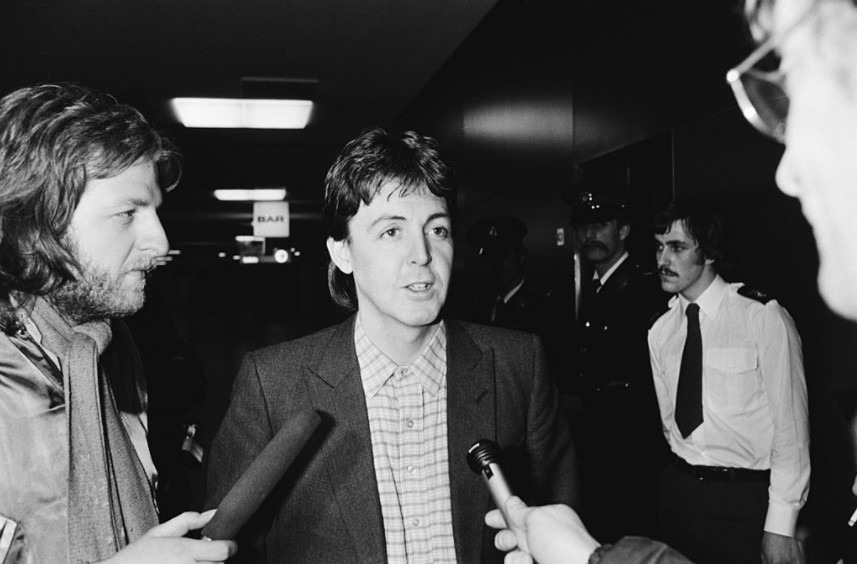 Paul McCartney had been out of press for a long time which was also one reason why the theory had gotten so much popularity. However, soon afterward, Life Magazine covered an article in 1969 which featured the picture of McCartney with his family in Scotland. This magazine covered his interview with many official statements. Paul said “I am alive and well and concerned about the rumors of my death. But if I were dead, I would be the last to know.” The rumors did decline after that and McCartney parodied the conspiracy in 1993 with the album named “Paul is Live”.

In the 1970s, the phenomena became the subject of academic studies with many people involved to find the reality. Psychologist Gary Fine got famous for sharing the experience of searching for clues regardless of thinking for the consequence of participants. On the other hand, American critic Camille Paglia symbolized this theory with Adonis and Antinous of the Ancient Greek Traditions. 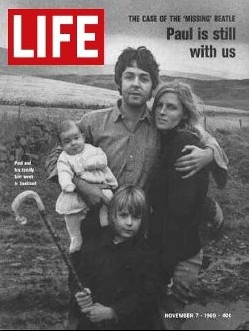 Some conspiracy theorists still believe that McCartney has died and that a look-alike has been put in place of him. In his later life, McCartney was also knighted by the queen after which he was named Sir Paul McCartney. The issue remains a mystery today and many believe that even the slightest flare would be enough for the theory to gain importance. In 2009, Wired Italia Magazine’s article featured the forensic results of two skulls of McCartney before and after his alleged death. What was more shocking was that scientists concluded that the two skulls were indifferent and the man shown in Post-November 1966 was not the same.

Many experts are still trying to figure out what is known as one of the biggest mysteries of all time. According to Time Magazine, Paul is dead is among the world’s most enduring conspiracy theories. Magazines such as The Guardian described the 1969 hoax as “Possibly the best-known example” of a celebrity being a focus on a conspiracy theory. Rumors regarding the death of many celebrities and their look-alikes continued even after that. 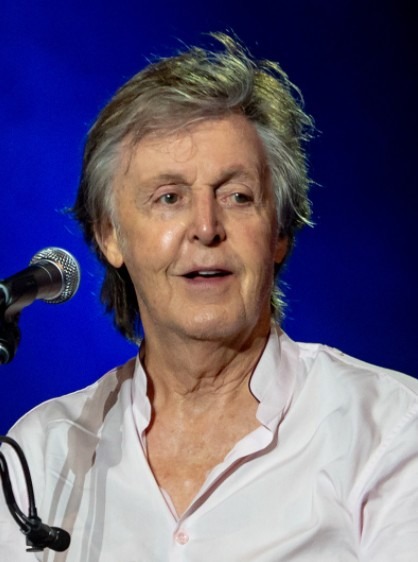 Paul is Dead or not, that is for you to decide. A large number of people still believe that he is dead and that the look-alike has perfectly retained every aspect of his life while others do not find much interest in the story from now on. We think that if a thorough investigation was pursued in terms of scientific facts and figures, the reality could be unveiled but probably too much time has passed for this theory to stay more interesting for people. Some people still try to create hype on the issue such as the German Techno band, Scooter, which released the song “Paul is Dead” most recently in 2020.